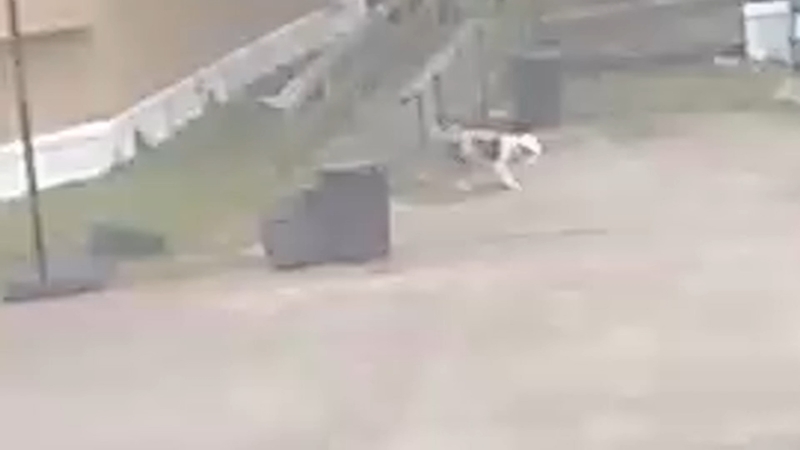 BAYTOWN, Texas (KTRK) -- A 4-year-old boy died after a dog attack in Baytown Wednesday morning, according to police.

Baytown police officers were dispatched to a home in the 2700 block of Massey Tompkins Road around 7:40 a.m. for a dog fight call.

Upon arrival, officers found a 4-year-old child that had been attacked by dogs. Neighbors say the child was the residents' nephew.

Yahir Martinez had just arrived to his boss' house next door when he heard a woman's screams.

"I didn't hear the baby," he said. "The baby was unconscious. All you hear is the dogs growling and like biting and (the woman) was really upset. She was crying. She didnt know what to do. Neither did I."

A family member was also injured in the attack while trying to intervene, police said.

Nearby surveillance video captured the attack, the barks of the dogs and a woman's cry for help.

Neighbors said they have seen the dogs before but have not had any problems with them.

"I know their dogs are not mean," Yadi Rodriguez said. "They let you come up to them and pet them, which is why I was so confused when I saw that dog specifically because he would always come out here and play."