Van Halen performed classic songs and shut down Hollywood Boulevard for their performance on "Jimmy Kimmel Live" this week. It is the band's first ever televised performance with original lead singer David Lee Roth.

The band's performances of "Panama" and "Runnin' with the Devil" aired Monday night. 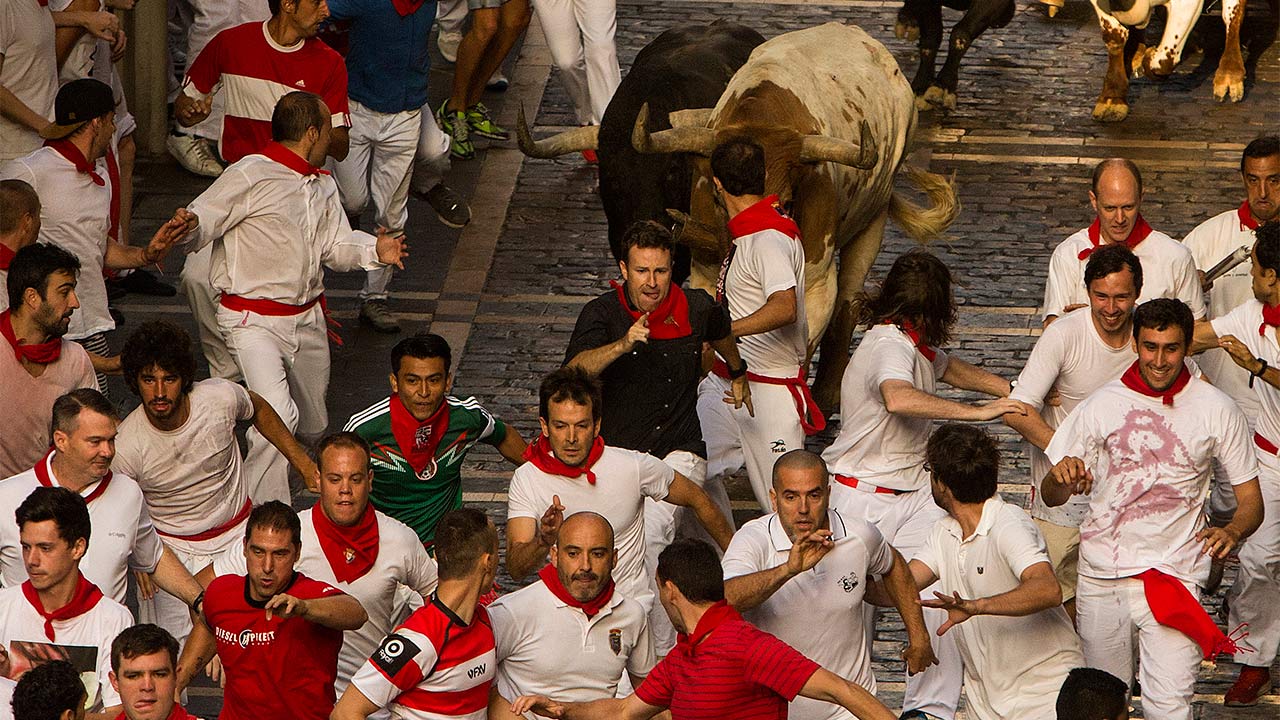 Photos: Running of the Bulls, day one
Revelers from around the world arrive to Pamplona every year to take part in some of the eight days of the running of the bulls.

Roth sported a bloodied bandage during the performance after he banged his nose up on the microphone, ABC News Radio reported. The song was restarted and the backstage drama didn't make it to air. A video posted to YouTube, though, shows the rocker returning to the stage and explaining what happened.


Tap to watch the "Panama" performance if you're viewing on the news app.

A crowd of around 6,000 fans squeezed onto the street for the performance, Kimmel said.

The comedian of course took the opportunity to make fun of how long the band, formed in 1972, had been around.

"You know that teacher they were so hot for? She just went through menopause," Kimmel joked.


Tap to watch the "Runnin' With the Devil" performance if you're viewing on the news app.

Guillermo immersed himself in the crowd of die-hard fans and the show even played a game to guess whether the fans had Van Halen tattoos.