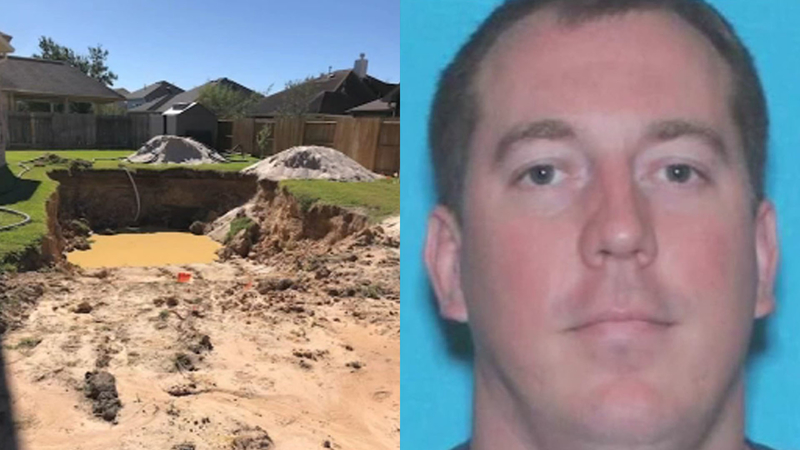 MAGNOLIA, Texas (KTRK) -- Darren Matthew Cook, from Magnolia, is charged with felony theft, according to deputies.

Investigators with the Harris Co. Precinct 4 Constable's Office say he was operating as Epic Fiberglass Pools when he stole $195,000 from six clients. They said he started big projects that he never intended to complete.

"It wasn't until we started the process and he started to not return our phone calls," said Patrick Brice.

Brice and his wife hired Cook in April 2021. They say he promised to have their pool completed by July 4, 2021. But after paying him nearly $23,000 upfront, they say he didn't start the job until September.

She says Cook and his crew left their backyard a total mess.

"They came in with a big backhoe and dug a big hole," said Nosworthy. "It was so close to the house that when the second pool contractor came in they said that our house could potentially fall in."

Even before the dig, Nosworthy said Cook's company never called 811 to mark underground electrical and gas.

"In digging he hit everything. We were without power," said Noseworthy.

Shortly after digging the hole, the couple says Cook stopped answering their calls and texts and then finally threatened to sue them for harassment.

By this point, Nosworthy says they paid Cook $34,000 and had nothing but a hole in their yard.

After reporting Cook and his company to law enforcement, the couple said they found a web of other victims.

Investigators say they know of at least six victims, all with similar stories.

"When you go after senior citizens and single moms you've really crossed the line now. You're more than just a fraudster now, you're a crook," said Brice.

Paying twice for the same job, the family said they had to pay a second company to fix the first hole and complete their pool.

"He definitely financially devastated us," said Nosworthy. "I don't want any other family to go through what we went through."

Court records show Cook is out on a $10,000 bond through personal recognizance. This means he paid nothing to get out of jail.

ABC13 reached out to his attorney, who said he is still reviewing the evidence and declined to comment.

If you have been victimized by Cook or his company, you're urged to contact law enforcement at 281-376-3472.