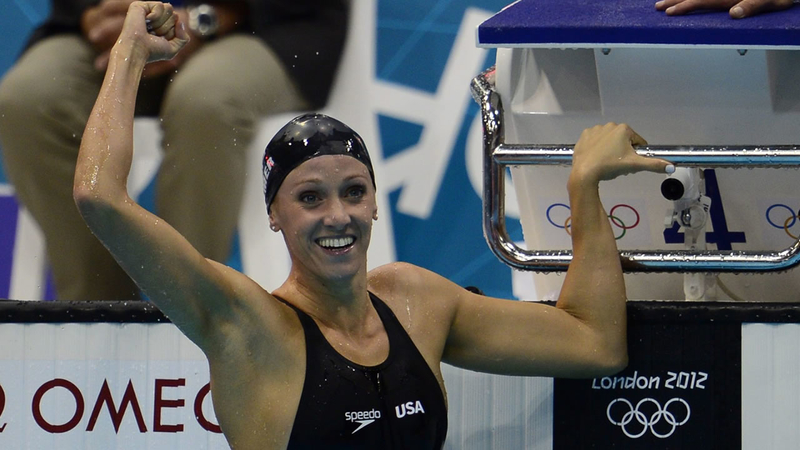 SAN FRANCISCO, California -- An Olympic swimmer is going for gold again. And this time, there may be a bump on the road. Or should we say, a bump on the tummy?

#17weeks 👶 while it's hard to see I already feel the baby bump! Blessed to be so supported by my @CalWSwim teammates!!❤ #gobears pic.twitter.com/Uhy4YoveDK

If you follow swimming, you know Dana Vollmer. The three-time Olympian has nothing left to prove after winning nearly three dozen medals in international competitions.

Yet, she's out to prove something new next week. At 26 weeks pregnant, Vollmer will compete in the Arena Pro Swim Series in Arizona. We sat down in the studio to talk to her about her latest challenge.

So excited to announce that we are welcoming a new little splasher to the family!!!! ❤️👶😍#pamperspartner #3becoming4 #baby pic.twitter.com/RLksi1HTx4

"Sticking with freestyle, no turns in the 50 free, just one dive, just make it to the other end of the pool and that's it!" said Vollmer.


Vollmer says she did not train while carrying her 2-year-old son, so she's eager to see what she can accomplish; under close doctor supervision, of course.

In the meantime, her announcement has gotten tons of support on social media with many saying thanks for being such an inspiration.

To see the full, inspiring interview with Vollmer, watch the video player below: