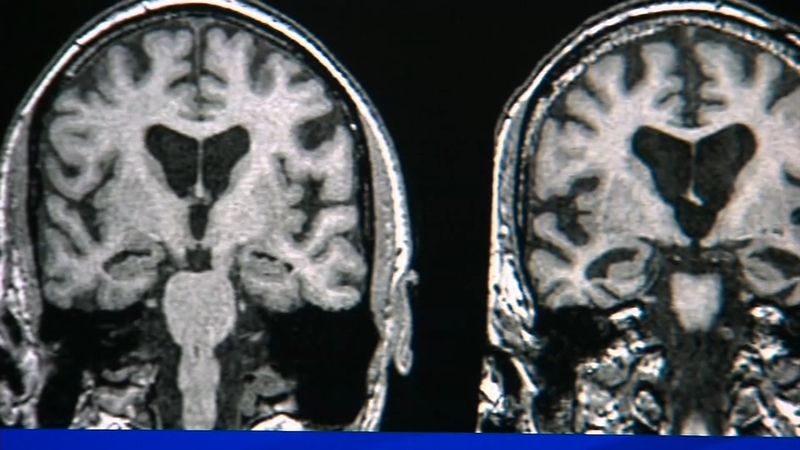 HOUSTON, Texas (KTRK) -- According to the Centers for Disease Control, 50% of concussions go unreported. That's scary to think about because there are millions of traumatic brain injury (TBI) hospitalizations and deaths each year.

TBI is a major cause of death and disability in the U.S., but doctors now have an objective way to measure if someone may a traumatic brain injury.

A newly authorized handheld tool that's already been introduced to physicians here in Houston could change the entire game on diagnosing TBI.

The device made by U.S. medical device company Abbott can give doctors results in under 15 minutes. That's something that normally takes hours to confirm, but is often missed altogether.

It works by assessing the brain's health after an injury using a blood test.

Neurosurgeon with UT Health Neurosciences Dr. Ryan Kitagawa says this could potentially save lives in both urban and rural areas. He suggested imagining 100 different people coming into the ER with possible head trauma.

"Are you going to do a head CT on all 100 of those people that come in? Are they all going to sort of wait in line for that CT to come? How do you triage them one versus the other? If you have something that can do a test that comes back relatively quickly, well maybe you can save maybe half of them the radiation that comes to the brain from a CT scan," Dr. Kitagawa said.

These are some notable facts about TBI:


Kitagawa says we commonly think of sports injuries or crashes when we think of TBI, but it can happen for the everyday person in the most simple of circumstances.

"We can do a CAT scan of their brain that would be able to detect, you know, the bleeding within the brain if it did occur. We can also take that a step further by checking within the blood to be able to see if it was truly a brain injury," Dr. Kitagawa said. "The goal eventually is to be able to see how severe that injury is. Then the goal after that is to see if you can predict what is going to happen to that person long term."

How the test works:


Even with this tool, experts say there isn't a way to 100% accurately diagnose a TBI, however this is the fastest and most reliable test doctors would have.