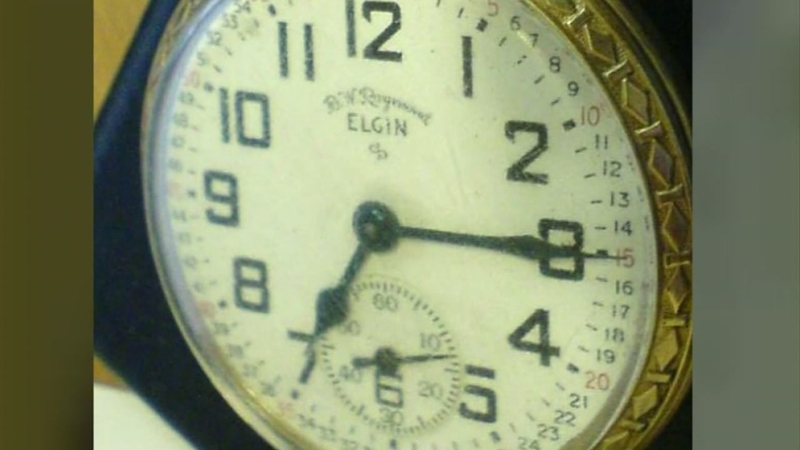 HOUSTON, Texas (KTRK) -- A man from Florida says his first impression of Houston has been anything but welcoming after a priceless family heirloom was stolen from his Westchase apartment.

Last week, when Cristian Cervera and his wife returned home from a Christmas party, they found the back door of their apartment pried open and most of their valuables missing. They just moved from Florida last month.

"They stole my wife's computer, my iTouch, $2,000 cash," Cervera read off of list. It includes jewelry and important personal papers like passports and their marriage license they fear could be used for identity theft. But what troubles him the most is that something of sentimental value was stolen.

"To be honest, I don't care about that other stuff. That watch is really special to me," said Cervera.

The burglar stole an Elgin gold pocket watch that his great-grandfather, Guadalupe Cervera bought in the early 1900s shortly after he first came to the United States. It was passed down to Cervera's grandfather, Juan Cervera, who passed it down to him.

"My grandfather told me, 'I love you like a son. I want you to keep this tradition going' so he handed it to me."

He planned to give it to his son or grandson someday until last week's burglary, one of several, he says, at his west Houston apartment complex in the last couple months. He's been checking pawn shops, but now hopes someone will recognize it and simply return it so he can continue the family tradition.