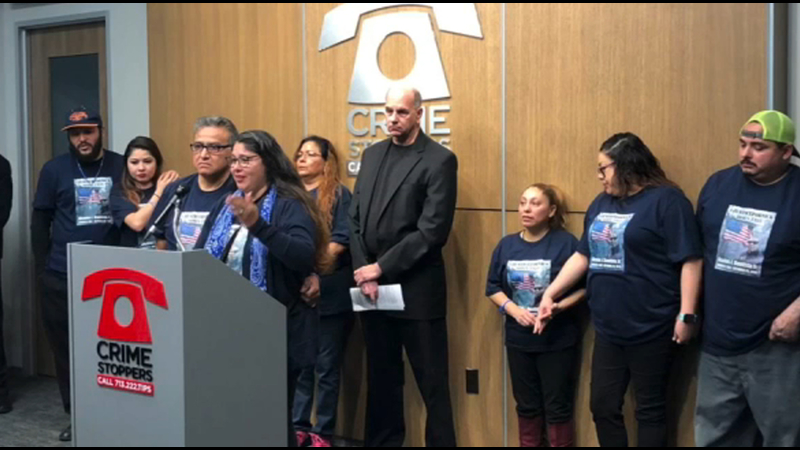 HOUSTON, Texas (KTRK) -- In 1980, Jimmy Carter was president, the U.S. Olympic Hockey Team defeated the Soviet Union to win the gold medal, the arcade game Pac-Man was released, and Crime Stoppers of Houston was born.

Crime Stoppers has been publicizing cold cases, educating Houstonians and partnering with law enforcement to keep this city safe for 40 years.

All October, ABC13 is partnering with Crime Stoppers to spread their message and remember how they started.

If you lived in Houston in the 1980s, you may remember the Crime Stoppers "Crime of the Week" featured on the Eyewitness News 10 p.m. newscast. ABC13's Dave Ward produced crime reenactments to show people unsolved crimes that police needed help solving. With the improvement in surveillance and cell phone video, reenactments aren't featured anymore, but the mission of Crime Stoppers remains the same.

As part of their 40th anniversary, Crime Stoppers is hosting a special speaker series.

Tickets can be purchased on the Crime Stoppers website.

"I speak to a lot of organizations, but this one is right at the top of the list," Quinones told Eyewitness News. "Because they're doing so much good in trying to prevent real harm to citizens of Houston. What greater gift, what greater mission?"

ABC13 is partnering with Crime Stoppers for our next town hall Thursday, Oct. 22.

If you'd like to make a Crime Stoppers charitable donation of $40 or more to support their mission, text CS40for40 to 91999 or visit the Crime Stoppers website.