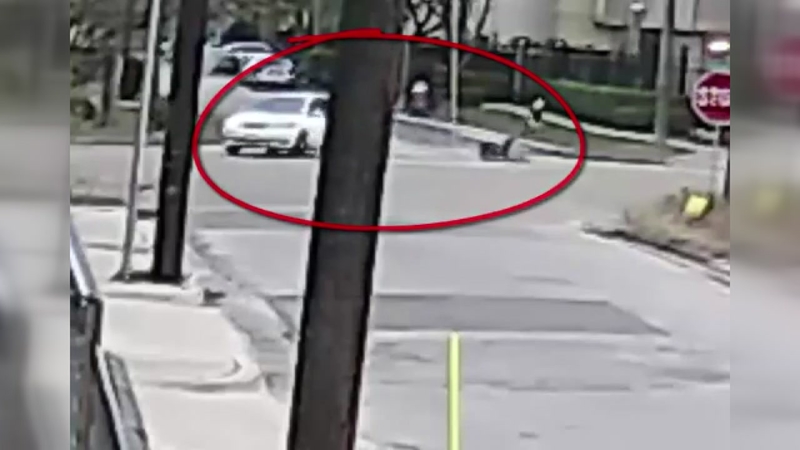 HOUSTON, Texas (KTRK) -- Police are searching for the suspect accused of robbing a man of his phone and dragging him by a car after a Craigslist sale.

Police said that the victim arranged to meet with an unknown man at his home at the 3400 block of Cline who he met on Craigslist to sell an iPhone.

The suspect arrived at the man's house and remained inside of his vehicle viewing the phone.

According to police, the suspect placed his vehicle in gear and started driving forward, dragging the victim with him.

The suspect reportedly pulled out a gun as he was dragging the victim, but fortunately, the man was able to break free from the car after getting dragged several feet.

Police are looking for a Hispanic male between the ages of 20 to 27. He's 6 foot tall weighing about 160 to 180 pounds. Authorities say the suspect drives a white four door sedan, possibly a Toyota Corolla.

Crime Stoppers may pay up to $5,000 for information leading to the charging and arrest of the suspect. Information may be reported by calling 713-222-TIPS (8477).