Sports broadcaster Craig Sager has died after battle with cancer 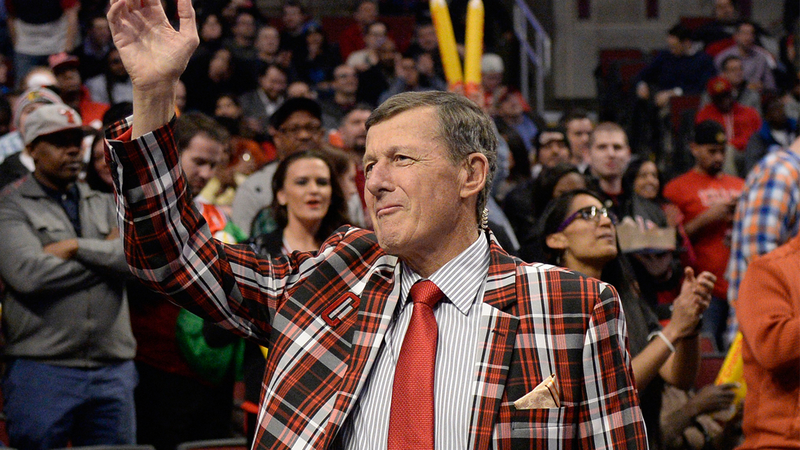 Longtime NBA sideline reporter Craig Sager has died at the age of 65 after a battle with cancer.

"Craig Sager was a beloved member of the Turner family for more than three decades and he has been a true inspiration to all of us," Turner president David Levy said in a statement. "There will never be another Craig Sager. His incredible talent, tireless work ethic and commitment to his craft took him all over the world covering sports."

PHOTOS: Craig Sager through the years


"While he will be remembered fondly for his colorful attire and the TNT sideline interviews he conducted with NBA coaches and players, it's the determination, grace and will to live he displayed during his battle with cancer that will be his lasting impact. Our thoughts and prayers are with Craig's wife, Stacy, and the entire Sager family during this difficult time. We will forever be Sager Strong."

Levy's statement did not say when or where Sager died.

Known for his colorful and distinctive suits during his more than 40-year career, the legendary sideline reporter has battled acute myeloid leukemia since he was first diagnosed in 2014.

Sager was admitted back into the hospital in late November 2016.


At the 2016 ESPYs, ESPN presented Sager with the Jimmy V Perseverance Award.
"Whatever I might've imagined a terminal diagnosis would do to my spirit," Sager said when receiving the award, "it's summoned quite the opposite - the greatest appreciation for life itself.

Sager's persistence was on display at the start of his career, when the 22-year-old found himself in the middle of one of the most famous moments in sports history. Making $95 a week in 1974 as the news director at WSPB - a Braves-affiliated AM radio station in Sarasota, Florida - Sager risked getting fired by deciding to hop a flight to Atlanta for a game with Hank Aaron a home run away from breaking Babe Ruth's career record.

With a last-minute credential, Sager was stuck in the third-base photographers' well. As the historic homer sailed out of the park, Sager, without thinking, sprinted onto the field and wound up chasing Aaron down the third-base line. When Aaron's teammates mobbed him at home plate, Sager can be seen in his trench coat in the middle of the scrum.

The next day, Sager caught a 5 a.m. flight to Sarasota to be back in time for his morning drive responsibilities, and his tapes from the game wound up in Cooperstown.

During his career, Sager would work as a reporter on the Olympics, Major League Baseball playoffs, NFL and NCAA Tournament, among other sports. But he was indelibly connected to the NBA. His popularity around the sport was evident as he went through the cancer treatments.

Sager got to cover his first NBA Finals in 2016 through an unusual arrangement between TNT and ESPN, which invited him to join its coverage. He marked the occasion by wearing a blazer with a royal blue floral print. In an interview with LeBron James after Game 6, the Cavaliers star turned the tables to giddily ask Sager a question: "How in the hell do you go 30-plus years without getting a finals game?"

"It's been very uplifting, very therapeutic," he said.

And Sager loved everything about his job.

"I try to get there three hours before the game, talk with the ushers and the security guards, the coaches and the fans," Sager said in 2015.

A native of Batavia, Illinois, Sager attended Northwestern, where walked onto the football and basketball teams and served as the school's "Willie the Wildcat" mascot for three years.

He worked at several TV and radio stations in Florida after college before spending two years in Kansas City. Sager joined CNN in 1981 after handling the network's first live remote report during the 1980 baseball playoffs.