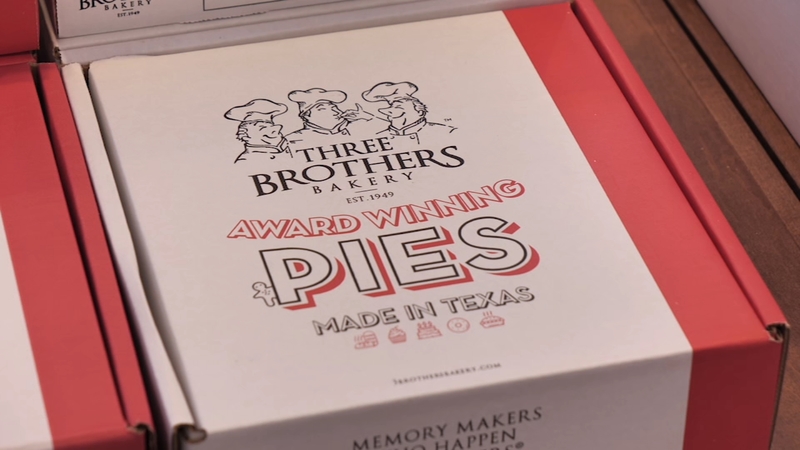 Even for those allowed to stay open, the customers just aren't there and getting the help to bridge the cash flow divide is complicated.

The Juckers, of Houston's Three Brothers Bakery, know the pitfalls of disasters. Three times before they've gotten disaster loans from the Small Business Administration after The Memorial Day Flood, The Tax Day Flood and Hurricane Harvey. They also won the 2018 Phoenix Award from the Small Business Administration for their efforts following Harvey.

And in the midst of the coronavirus shutdown, they are offering advice to other small business owners as they also work to keep their doors open.

"I think we've all had our pity party, and it's time to move on," Janice Jucker told ABC13. "You have to start figuring out where you're going to get that big money."

That "big money" comes in the form of loans from the federal government. Unlike previous disasters, during which there was only one loan to which small businesses could apply, there are now multiple options which include that just passed by congress on Friday.

"It's a lot of paperwork," said Bobby Jucker. "And I don't think a lot of people understand the amount of stuff that you have to do."

That is why the Juckers suggest before a business does anything, the advice and counsel of an accountant is critical. An accountant will know the laws and the options, what works and what doesn't.

In addition to the "big money", which could be millions of dollars to help with payroll, utilities, rent or interest on mortgages, the small money comes from every day customers. The Juckers appeal to those stuck at home to patronize small business online, if they can. It doesn't just help the business. There's an expansive effect, like a pebble tossed into a pond.

After the Three Brothers Bakery story aired on ABC13, business spiked and their website crashed.

"I had to call the web hosting company, and I had to move to a dedicated server," said Janice Jucker. "So they got more money in their coffers, and the man who does the coding, he got money. And then I'm seeing that we're ordering more supplies. It's just the gift that keeps on giving to everybody."