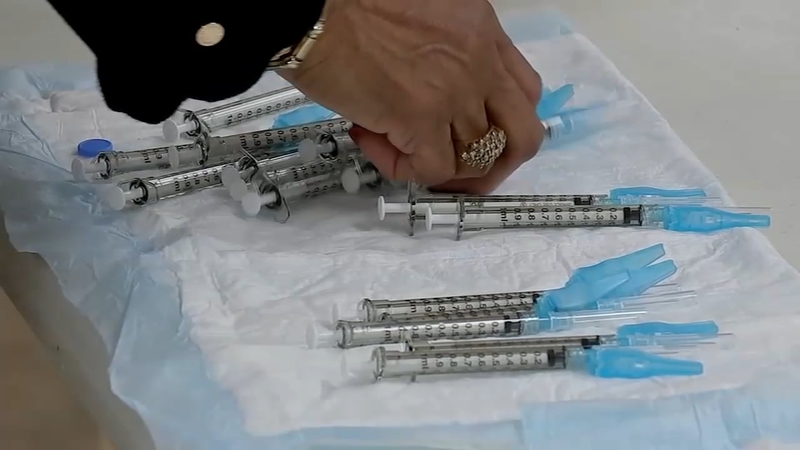 HARRIS COUNTY, Texas (KTRK) -- In Harris County, 42% of adults 16 and up are fully vaccinated, but despite that there's been some attention on cases in which fully vaccinated people still test positive for COVID-19.

These cases are referred to as breakthrough cases, and although they are rare, they have happened.

In fact, a number of people affiliated with the New York Yankees tested positive for the virus after all of them were fully vaccinated.

SEE RELATED STORY: Explainer: Why did Yankees test positive for COVID after vaccination?

With the J&J shot, people are considered fully protected two weeks later. Seven of the eight did not develop any symptoms. A coach had symptoms that have since gone away, the team said.

How rare are breakthrough cases?

There were more than 115 million people who were fully vaccinated from January to April and during that time there were 9,000 breakthrough cases.

She also said this data includes all types of breakthrough cases.

"Those that don't even know they have an infection, those that have a really mild infection and something even more severe," she said.

Were you surprised to hear about the breakthrough cases?

"We can expect to see some breakthrough cases. We see them with other vaccines as well, but I think it's encouraging when they are testing positive. It's mild and they're not having these severe cases, they're not hospitalized," said Davidson.

What is the purpose of the vaccine?

Since the Yankees player and employees had the Johnson & Johnson vaccine, should you opt for a different vaccine, if you have a choice?

"Johnson & Johnson, the efficacy was a little bit slower, but when you look at Johnson & Johnson, Moderna and Pfizer all three of those vaccines were close to 100% at keeping people out of the hospital, from not dying," said Davidson.