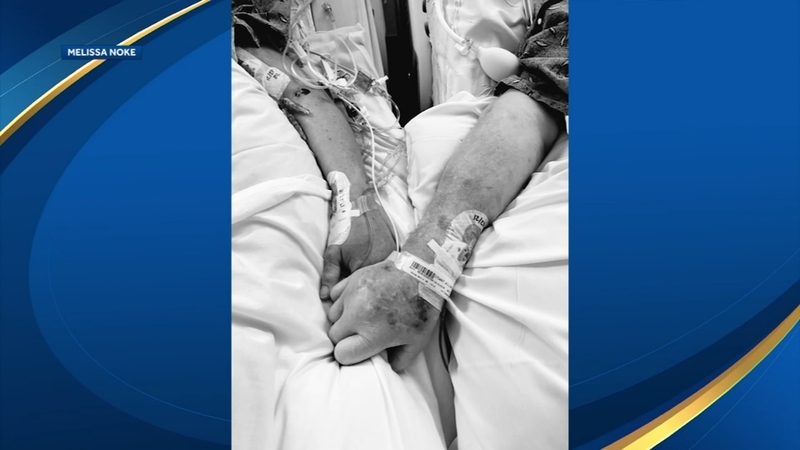 SALEM, NH -- William and Carol Stewart of New Hampshire died within seconds of each other of COVID-19, holding hands as they took their last breaths.

Daughter Melissa Noke said their entire family of eight tested positive for COVID-19. Carol was on life support for two weeks, William for eight days. William suffered from lung and kidney failure toward the end of his life.

Noke said they were a close-knit couple.

"They've known each other since they were four, been together 45 years, married 44 years," Noke said.

The family was unable to visit their parents at Parkland Medical Center until their "Hero Walk" on Dec. 30. William and Carol were wheeled past family and put together in a room.

"Placed both beds side-by-side, placing my mother's hand into my father's hand," Noke said. "As soon as they touched hands, my father took his last breath, and then my mother 10 seconds later."

Noke said her family was relieved their parents did not suffer any longer.

"They were the true definition of soulmates because it's like having love birds. You can't just buy one: you've got to buy both," Noke said.

Noke said her parents were unvaccinated. She said her message is to get the jab before it's too late.

When asked what she would tell her parents right now, Noke said, "It's an honor to be your daughter, and I love you and I will see you again someday."

Noke said expenses are not going away as her family mourns, including funeral costs.

If you would like to donate, visit the family's GoFundMe.