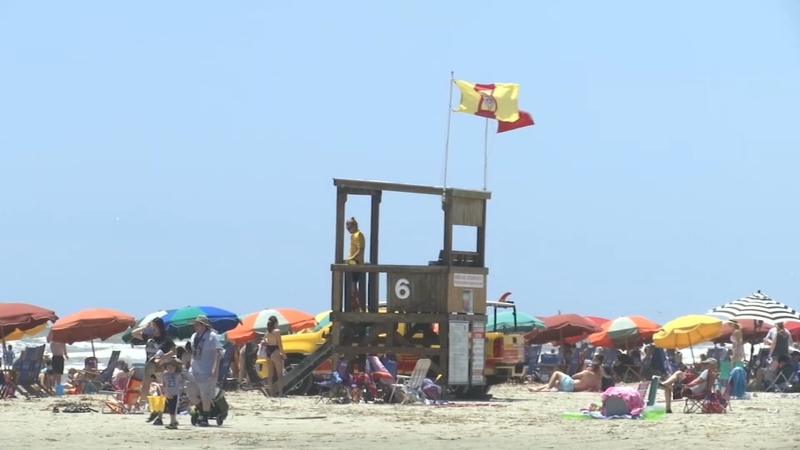 No spike in COVID-19 related hospitalizations since Texas reopened

HOUSTON, Texas (KTRK) -- Two weeks after government officials decided to reopen Texas, experts say there have been signs of progress in the fight against coronavirus.

Two weeks ago, there was concern about the 100,000 plus visitors to Galveston beaches.

In Galveston County, the number of confirmed cases and hospitalizations are down, but medical experts caution it's still early.

"If it were me, I would probably wait another two weeks to see what happens," Dr. David Persse with the Houston Public Health Authority said.

The reason Persse said we should wait is the backlog in tests.

"I think that because of the lag in reporting, what we're looking at today, may not be reflecting what we think it is," Persse explained.

One thing that is reflecting today is hospital numbers. There are fewer coronavirus patients at the Texas Medical Center than in April.

And statewide, as of Thursday, there were 130 fewer people in the hospital compared to two weeks ago.

Those numbers are going down, but the positive cases aren't.

"The amount of testing going up, is in fact increasing," Persse said. "When we look at the number of positive tests coming back, the fact that it's remaining relatively flat, that has to be taken into context."

Here's how the numbers from May 1 compared to the final two weeks in April look:

Harris County saw a 22 percent increase. In Fort Bend County, the numbers went up by eleven percent. They also rose in Chambers, and Liberty County. The numbers decreased though in Galveston, and Montgomery County.

That said, there's more testing. The state performed about 110,000 more tests since May 1 than the two weeks prior.

"We are doing more testing," Persse said. "I wouldn't say it's substantially more, it is appreciably more."

There is concern still about the number of fatalities.

On Thursday, Texas reported its deadliest day, with 58 deaths.

This comes as Texas prepares to move into phase two on Monday. Restaurants and retailers can move to 50 percent capacity, and gyms can reopen. Dr. Persse said while numbers are improving, Houstonians should follow CDC guidelines.

"If you don't feel it's a safe place to go into, don't go in there," Persse explained. "On the other hand, for those of us who are going to be in society, moving around, you really need to be wearing these (masks)."