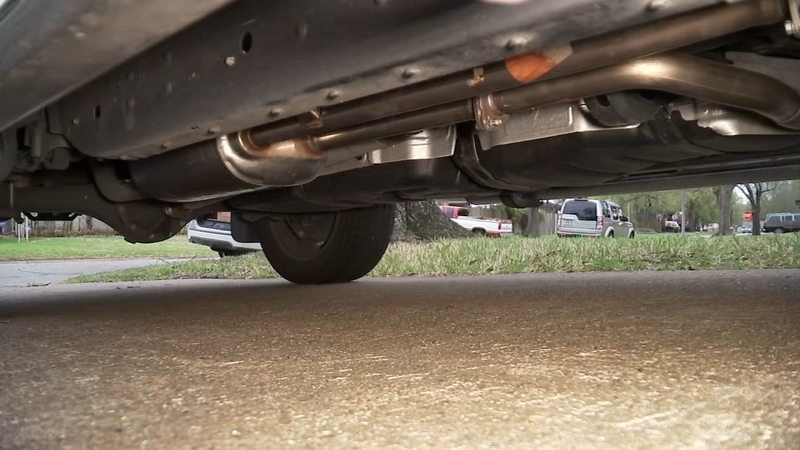 "[It's] very costly. The repairs were $8,000," explained Leanna Sparacino, who's among many victims.

Sparacino and her husband are among the growing number of victims of catalytic converter thefts. Both Harris County Sheriff Ed Gonzalez and Houston police report a rise. Half a dozen people were arrested over the weekend. Gonzalez and HPD tweeted out pictures of the loads they recovered.

Thieves can get $150 to $200 for the valuable metal, like rhodium, inside, the price of which has jumped recently. Sparacino said the parts to replace the converter, which reduces pollutants in the vehicle's exhaust, were on backorder and took weeks to come in.

"It was shocking to learn how many people had it done to them in my area," said Sparacino. "Beware."

Sparacino said her husband parked their Toyota Tundra outside of a hardware store in north Houston last month when it happened. Now, she's speaking out to warn others and to encourage people to invest a few hundred dollars to protect their catalytic converters.

"There is a shield you can purchase aftermarket and have it attached to the underside and makes it a lot more difficult to steal," she said. "You should get a shield before you are the victim."