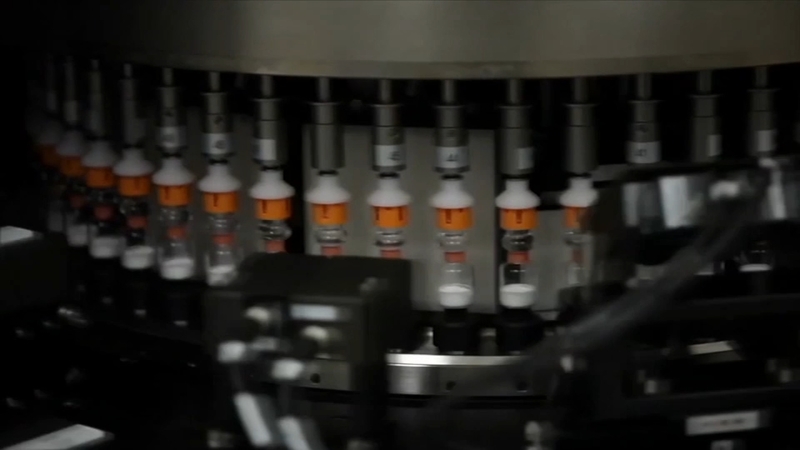 HOUSTON, Texas (KTRK) -- Once the COVID-19 vaccine is approved, the concern is if people will take it or not.

The pandemic has hit the Greenspoint community hard, so Green House International Church and its partners stepped to up to help.

"We started out about a month or so ago, serving 100 meals a day. Now we're up to 1,200 plates a day," said Pastor of Green House International Church, E.A. Deckard.

He says that need continues.

"They don't last long at all because there's such a need in the community. The pandemic has really created a tremendous need in our communities," said Deckard.

The virus hasn't just affected people financially, but physical and emotionally as well. A vaccine promises to alleviate some of that, but not everyone is convinced.

Sonia Parker and Adrian Frank, visitors of the church, said they are unsure about the vaccine right now.

"It's scary, you know. It's just scary because we don't know what's in it," said Parker.

"I serve a good God that protects me from everything. So when they come out with these different experimental things, I try to monitor my own body. I haven't had COVID-19," said Frank.

Deckard says there's a long history of mistrust when it comes to the medical community and African Americans.

"All of a sudden this magical cure for COVID-19 comes up. There's distrust in the African American community and in our community because we remember Tuskegee," said Deckard.

As part of the Tuskegee syphilis experiment, American Public Health Service researchers studied 400 Black men who already had syphilis, but the men were never told they were sick and never treated for it. Some even died from the disease.

"Sometimes it's because people misunderstood what happened during the Tuskegee experiment. Often times the misinformation is that syphilis was injected into the Tuskegee airmen, which is not true. That did not happen. What happened was, these men contracted syphilis on their own and the scientist and medical professionals had treatment available that they did not give to the men, they withheld treatment. That is the unethical practice that happened with Tuskegee and the purpose for withholding treatment was to learn what this bacterial infection does in the body," said Hill.

It's that history of unethical practice that leaves the community concerned.

"It's not just the vaccine, it's historical lack of trust in the powers that be," said Deckard.

Deckard plans to get the vaccine because he's active in the community, but as far as recommending others get it, he's not going to do that at this point.

"I can't go and tell the world, 'Go and take this shot' because I'm not sure yet," he said.

What he is sure about is how this virus has adversely impacted the African American and Hispanic communities.

"I think that the work that we are doing at UTHealth, and the emergency medicine physicians that are working tirelessly to provide health and safety and care to all people, is one of the most important steps that we can make towards creating and overcoming medical mistrust," said Hill.