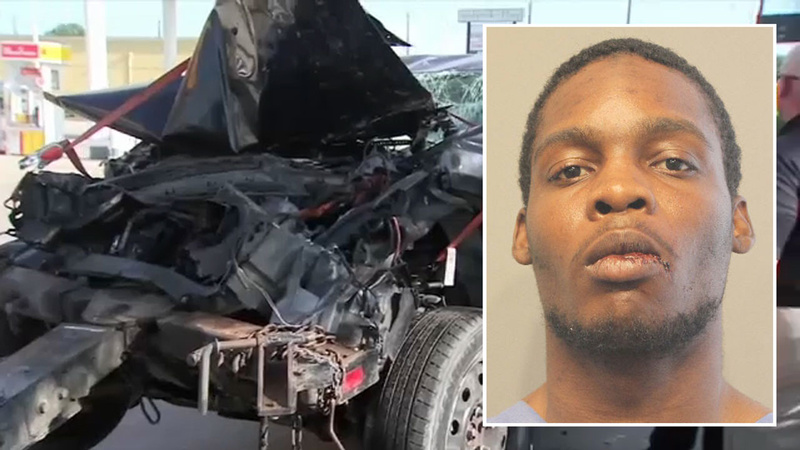 Driver kills man in front of his son on SH-146

SHOREACRES, Texas (KTRK) -- A construction worker was killed in front of his son by an alleged intoxicated driver.

It happened around 11 a.m. on SH-146 near Port Road in east Harris County.

Construction workers had barrels up along the inside lane. They were putting up small, reflective markers on the median.

BREAKING: The Harris Co DA’s Vehicular Crimes Division is charging the driver of this SUV, after he allegedly drove through a construction zone, killing a 50 yo worker in front of his son, who was also working. It happened on SH-146. https://t.co/FxT1nKayzF @abc13houston pic.twitter.com/7fYAwXNaLS

The Harris County District Attorney Vehicular Crime's Division says 25-year-old Travis Stevens allegedly hit a barrel and drove through the construction zone. He then hit a 50-year-old construction worker. Then, Stevens crashed into a construction truck.

Stevens was allegedly under the influence of drugs.

Stevens is charged with vehicular manslaughter.