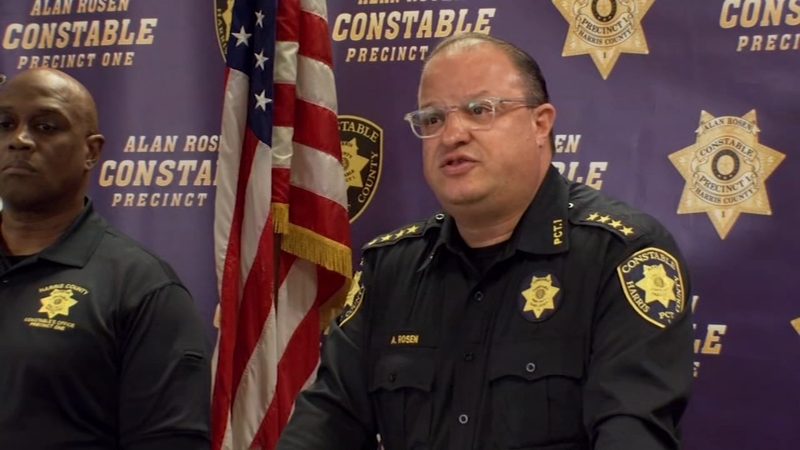 "As I have said before, I have full faith in the court's review of this motion," Rosen said in a statement issued Sept. 1. "I thank the court for its continued review of the law as it pertains to the motion to dismiss me from this matter and for granting the dismissal such that my full focus can remain on the needs of the residents of Precinct 1."

"At this early stage, the court concludes that the plaintiffs' allegations against defendants Gore and Rigdon are 'enough to raise a right to relief above the speculative level,'" the Aug. 30 motion from Hoyt states. "However, the court determines that the plaintiffs allege no facts that, if true, would support Rosen's individual liability."

Four current and former deputies in Rosen's office, as well as a victims' advocate previously employed by the office, allege that a lieutenant and assistant chief hosted undercover "bachelor party"-style anti-human trafficking operations throughout 2019. In the lawsuit filed in May, deputies accuse the superiors of sexual harassment and assault during efforts that were described as "more of a party atmosphere than an actual operation."

In a statement issued May 24, Rosen said he directed an internal investigation into the matter, which the lawsuit states was initiated in late 2020. Rosen said he did so despite never receiving a "formal complaint" and that the inquiry "found no violations of law or policy." He went on further to state he has "a zero-tolerance stance against sexual assault and sexual harassment and would never allow a hostile work environment as alleged."

In a written statement, Cordt Akers, one of the lawyers for the women suing Rosen, told ABC13, "The Court ruled that our client's civil rights lawsuit moves forward against Harris County and the two high-ranking officials still actively working at Constable Rosen's office. While Alan Rosen has been able to protect his personal financial interests, his conduct is still very much a part of the lawsuit."

As a result of the allegations, the FBI launched an investigation into Rosen's office, the plaintiffs' attorney, Cordt Akers, confirmed with Community Impact Newspaper in July.