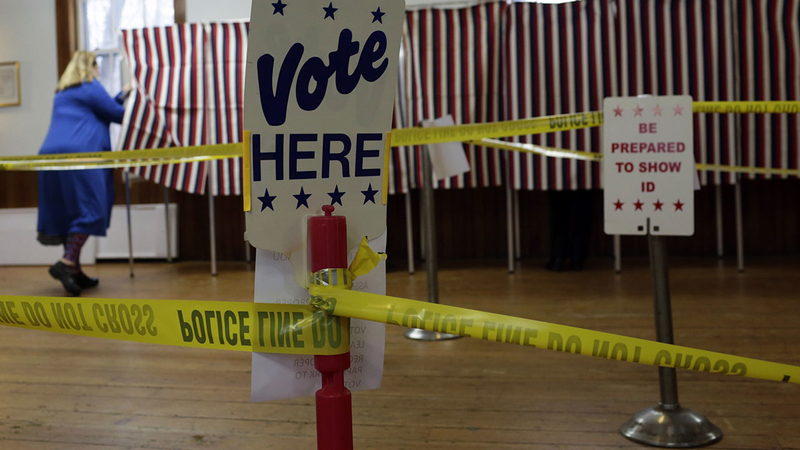 HOUSTON, Texas -- For the first time in over a decade, Republican Rep. Pete Olson will not be on the ballot for the U.S. Congress District 22 seat, which encompasses northern Brazoria County and portions of Fort Bend and Harris counties. Instead, voters will have to choose which of the 19 candidates they would like to see move past the March primary.

With 15 Republicans and four Democrats vying for spots in the primary election, and five of those candidates being from Pearland, there are a lot of moving parts to keep track of, especially since either party has a fair chance of winning the district, said Mark Jones, a political science professor at Rice University. Jones said the high number of candidates is because District 22 is an open seat where both parties have a real chance to win in November.

Shayne Green, the chair of the Brazoria County Republican Party, said the number of candidates indicates how hotly contested the area is.

"The whole country is looking at this race, and there are people in this area who are strong Republicans with good ideas who want the chance to go to Washington," Green said.

Agreeing that the seat will be competitive, Kris McGarvey, chair of the Brazoria County Democratic Party, said Democrat Sri Preston Kulkarni securing 44.75% of the vote in 2018 has encouraged candidates to run.

"The current administration and Republican Party are out of line with everyone's values," McGarvey said. "It's a perfect time to run."

When it comes to the effect of the election on Pearland, Green is confident in a strong Republican presence, he said. Of the two Republicans from Pearland running, Greg Hill and John Camarillo, he said it is a good position to make a difference.

On the contrary, McGarvey said the Democratic outlook in Pearland is good, with Carmine Petrillo III, Derrick Reed and Nyanza Moore running as Democrats from the city.

"The people of Pearland aren't really well represented right now," McGarvey said. "Democratic candidates have a personal commitment to serving the people there."

A Democratic win in District 22 would create the narrative that Fort Bend County has gone irreversibly blue, Jones said.

"It would discourage the Republicans' hopes in the county," Jones said. "If you're a Brazoria County Republican, you might look to Fort Bend as the canary in the coal mine."

The decline of the white population in conjunction with an increasing Asian American and Latino proportion is one demographic change that may affect party support in the area, Jones said.

Green said changing demographics may influence politics in the county, but it only means they have to work harder to get their message out.

According to the U.S. Census five-year estimates in 2010, the Brazoria County population was roughly 55.1% white, 26.8% Hispanic, 11.4% black, 5.1% Asian and 1.7% other races. In this context, Hispanic refers to people of all races, while other categories are non-Hispanic.

"A lot of people have been underrepresented in the past, especially in Pearland, and so that's starting to change," McGarvey said.

"We had a big change in the last election cycle," Olson said of Fort Bend County. "The Democrats took over some seats, but there was not a blip in terms of how the county kept operating. We kept uniting."

Over the last five general elections, Olson won the District 22 seat by a shrinking margin; in 2010, Olson bested the Democratic candidate by 37.31%, while in 2018 the difference was only 8.14%.

In terms of political issues, Jones said candidates' positions on national issues will dominate the election.

"There's not going to be a lot of space for local issues," Jones said.

McGarvey agreed national politics will play an important part, but she added some local issues will as well.

"I think corruption and the current mess in Washington are going to play a big role, along with health care and education," McGarvey said. "The impact from Hurricane Harvey and climate change are going to play a role because we've had two 100-year floods in three years, so people are starting to realize we need change."

Green focused on the local issues that would be important to voters.

"Schools are probably going to be No. 1, and safety in the community is No. 2, and the next is good-paying jobs," Green said.

The large number of Republicans means there will be an emphasis on the primary in March, Jones said.

In a race this big, funding is vital and can make or break a candidate vying for a spot in the runoff.

Federal campaign finance reports from July 1, 2019 to Dec. 31, 2019, were filed at the end of January. Of the 19 candidates, Sri Preston Kulkarni, Pierce Bush and Greg Hill have received the highest number of individual contributions during this time, which does not include contributions by party committees or the candidate. Kulkarni received $1.07 million in individual contributions; Bush got $643,597; and Hill got $301,806, according to the Federal Election Commission website.

In terms of campaign spending during the same period, Kathaleen Wall leads with $1.6 million worth of total disbursements. A candidate's total disbursements are the sum of all purchases and payments made during the filing period. Kulkarni follows Wall at $510,959, and then Hill, with $166,879.

"Funds make a difference from either side," McGarvey said. "Campaigns are expensive, and when an opponent outspends you 10 to 1, it makes it hard."

Green disagreed, saying financial and volunteer resources would not make much of a difference until after the primary.

"I think people are going to be looking at the candidates and are going to do their research, and you don't need money to do that," Green said.