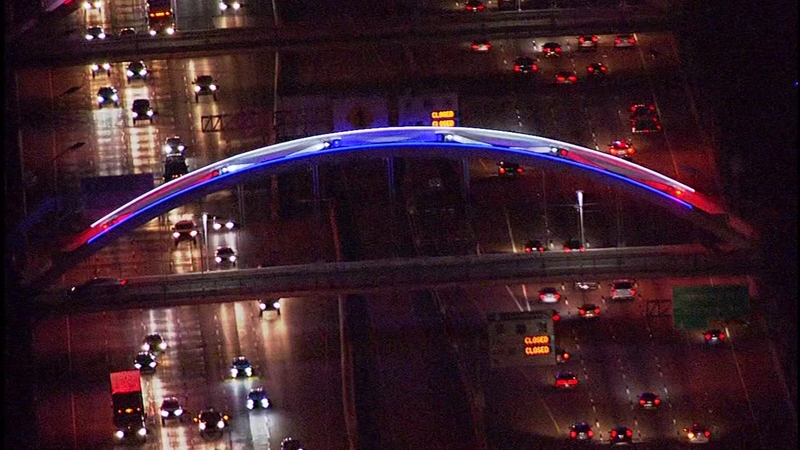 LIGHTS OUT: Legal fight sends US 59 bridge into darkness

HOUSTON, Texas (KTRK) -- A temporary restraining order is preventing the Montrose Management District from collecting any money and paying its bills, which include the colorful lights on the bridges over U.S. 59 that brighten the gateway to downtown Houston.

The feud is being powered by commercial property owners in the management district, who say they are fed up with the way it's run.

"They told us they were going to get extra security, beautify the neighborhood, and take care of graffiti," recalled Daphne Scarbrough, a Montrose District property owner. "But if you're a business, you get fined for not cleaning up your graffiti. It's up to $5,200 a month. That's what they charge."

Property owners say they have enough signatures needed to dissolve the organization, but the district has disputed that.

Attorneys for the property owners also said the management district should pay back some of the money collected, and if they don't, they may even go after individual board members.

"Everything the district collects and spends is another theft of money they aren't due," said Andy Taylor, who is counsel for the property owners. "The court has already ruled. This isn't about lights or operations. This is about complying with a judge's ruling that they wrongly stole $6.6 million from the taxpayers and have a duty to reimburse it."

In the meantime, pedestrian lights over the 59 are on for safety. A spokesperson for Reliant Energy said, "Out of concern for public safety and considering the unusual circumstances involved, we have restored service to the bridges and continue to monitor the situation."

Attorneys for the Montrose Management District say they are not commenting right now.

While the court fight took place Friday, Mayor Sylvester Turner weighed in on Twitter, saying that he will make sure the lights are back on:

I want to see the decorative lights on the bridges above I-59 turned back on and will pay from my own campaign account until we can find a permanent solution. st