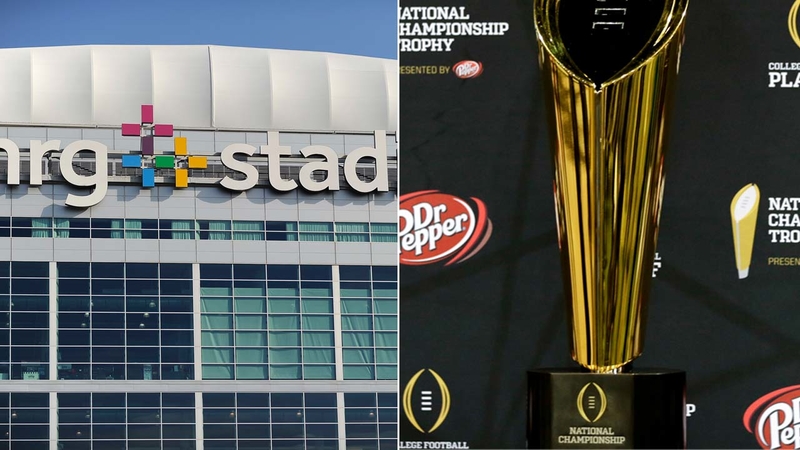 HOUSTON, Texas (KTRK) -- Bring on another major sporting event to the Bayou City! Houston has been selected to host the College Football National Championship Game in 2024, committee members announced Wednesday.

"Having hosted a Super Bowl and a World Series this year alone, and NCAA basketball playoffs and championships in recent years, Houston and Harris County are now uniquely prepared to play host to one of the nation's most exciting and closely watched sports events - the 2024 College Football Playoff National Championship," said Harris County Judge Emmett in a release. "So thank you to all the people who helped make this possible, and let the countdown to 2024 begin!"

"Houston is one of the most venue-rich cities in the country with a great, modern stadium, multiple convention centers/arenas and a downtown park that will make for a terrific festival setting for our attendees," said Bill Hancock, executive director of the CFP. "The community has demonstrated its mettle for college sports by hosting two outstanding Final Fours and very successful Super Bowls."

Last season, then-Clemson quarterback Deshaun Watson led the Tigers to the championship game against No. 2 Alabama Crimson Tide. Watson, now a major part of the Houston Texans success on offense, threw for several touchdowns in Clemson's 35-31 victory over Alabama.

The committee also selected other cites across the country to host in 2021-2023: