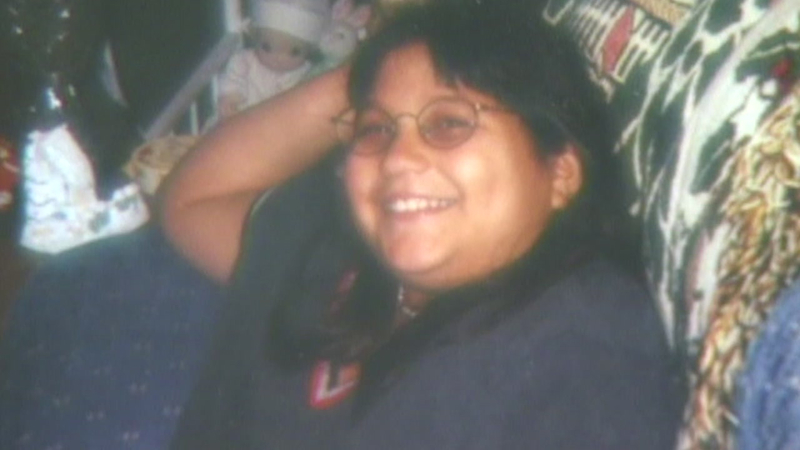 DICKINSON, Texas (KTRK) -- It's a case that still remains unsolved, more than a decade after a teen's gruesome murder in Dickinson.

Terressa Vanegas was last seen near the Green Caye Subdivision on foot around 11 p.m. on Halloween night in 2006. She never returned home after school. Her body was discovered three days after her disappearance in a field across from Dickinson High School.

Her family says the 16-year-old was strangled, raped and had her hair cut off. More than 10 years later, family members are hoping to keep the case alive.

"I'm still very sad and hurt, but the main thing is we want closure and we want whoever did this to be where they need to be, behind bars, so he doesn't hurt someone else, another little girl," said Amanda Vanegas, Terressa's sister.

Detectives say the case is still open and they've followed up on dozens of leads over the years. They've interviewed at least 45 people, but so far there's not enough information or evidence to nail down a suspect.

Dickinson Police Sergeant Tim Cromie, the original investigator on the case, says police have followed up on a number of leads.

"We were able to track Terressa's movements for a while later in the evening on October 31 -- Halloween," Cromie said. "There have been a number of suspects in a number of leads that have been followed up on over the past 10 years. I know there's been 45 people who have been interviewed in reference to this case."

The Vanegas sisters say they have never given up.

"It's been hard over the years but we do have each other, that's what matters," Amanda added.
Report a correction or typo
Related topics:
dickinsonmurder mysteryinvestigationcold case
Copyright © 2022 KTRK-TV. All Rights Reserved.
TOP STORIES
Fallen HCSO Sgt. to be honored with procession to funeral home
Alleged K9 stabbing suspect charged with father's murder
No bond granted for suspect in Pct. 5 corporal ambush killing
Cool temps through the weekend with a warm-up next week
Bodies found in back seat and trunk of burning vehicle in Liberty Co.
Attorney of man questioned in dad's death wants him to seek help
Houston greenlights plan to help homeless find housing
Show More
EPA announces cleanup plans to address Fifth Ward cancer cluster
Investigation underway in pregnant woman shooting
Search underway for suspect in Texas City double shooting
You could get paid to get your COVID vaccine or booster
2 Aldine ISD students lose $1K for college when FFA turkeys killed
More TOP STORIES News