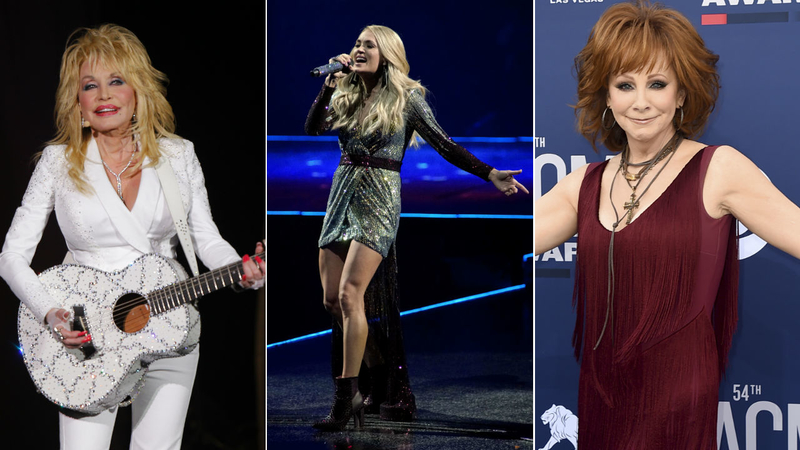 NASHVILLE -- The length of the red carpet at The CMA Awards tells you what a big deal this show has become. It's almost half a block long and soon it will be packed with press to cover country music's biggest night.

The red carpet was rolled out Tuesday in Nashville, but next door, inside The Bridgestone Arena, rehearsals have been underway since the weekend.

The opening number places the women of country in the spotlight, and that is fitting for a CMA Awards show which has a female focus this year.

"We're not just chicks with microphones," Gretchen Wilson said backstage. "Many of us write our own songs many of us own our own record labels. There's a lot more depth to us. We're not just singers."

Entertainment reporter Sandy Kenyon talked to Wilson and to Sara Evans moments after they finished rehearsing their big sing-along with a dozen other female performers.

Evans said she couldn't "believe that what happened just happened, that I was onstage with all those iconic women and that, that they included me."

Two legendary guest hosts, Dolly Parton and Reba McEntire will share the stage with Carrie Underwood, who calls this line-up, "the dream scenario for all of us."

This marks the 12th time Underwood has hosted the CMA show.

"This year I feel like I'm a little more invested because it's a plight that's near and dear to my heart, like supporting women in country music, so I really want to be great," Underwood said.

Underwood and the other folks participating hope to inspire a younger generation of fans, just as they were once inspired.

Sarah Trahern, the CEO of the Country Music Association, summed it up.

"There's gonna be young girls like I was, like Carrie Underwood was, or Dolly was, watching, hopefully singing into their hair brushes, and having little acceptance speeches with their shampoo bottles, Trahern said."

7,500 CMA members, who make a living from country music, are eligible to vote to determine who wins Wednesday night.