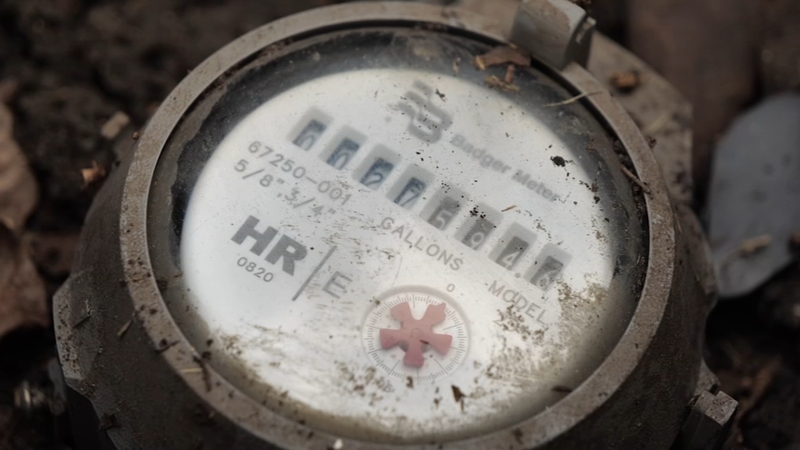 HOUSTON, Texas (KTRK) -- Lillian Lang has lived in her south Houston home since 1977 and said she's the one who has paid the water bill every month for the last several decades.

Lang said she didn't realize there were any issues with her bills until January when she received a letter from the City of Houston letting her know they underbilled her.

She was shocked to receive a bill nearly seven times more than what it usually is.

"I didn't know until they sent me the huge bill, $219," Lang told ABC13's Ted Oberg. "I told them I'm on a fixed income. I'm a senior citizen. I cannot afford that. That's when they set up the payment arrangements."

But even with the payment arrangement, Lang said she owed an extra $46 right away, and $23 extra for months after. That meant she had to cut some of her other costs and in this case, Lang said that meant not getting her Parkinson's medication.

"I did without medication that I normally have to pay for so that I could make the extra payments to the water company because I didn't want to lose my water," Lang said. "As a matter of fact, I fell because I was so disoriented. The medication is for Parkinson's and it keeps me functional and when I don't take it, I have a lot of difficulty."

Lang was frustrated by the higher-than-normal water bill. She didn't think she should have to pay for the city's mistake and needed help, so she Turned to Ted.

"I reached out to everybody in hopes somebody would help," Lang said. "You were the only people that responded."

When our team asked the city of Houston's water department to take a second look, they did and reversed the underbilling charges. Now she has credit for what she already paid.

"It's not my fault. It's their fault," Lang said. "Think about the person living in the home. What are their conditions? What can they afford? If it's your mistake, take responsibility for it."
In this case, the city did, and that doesn't happen often.

Lang said she has her medication now and won't have to make that sacrifice again for the sake of keeping the water on.

"You can't know how relieved I am and exactly how much this means to me. I can now buy medications I had been putting off to get," Lang said. "Since being diagnosed with Parkinson's disease, things have been very difficult for me physically. Having this stress taken away is a Godsend."