EXCLUSIVE: Inside the Church of Wells 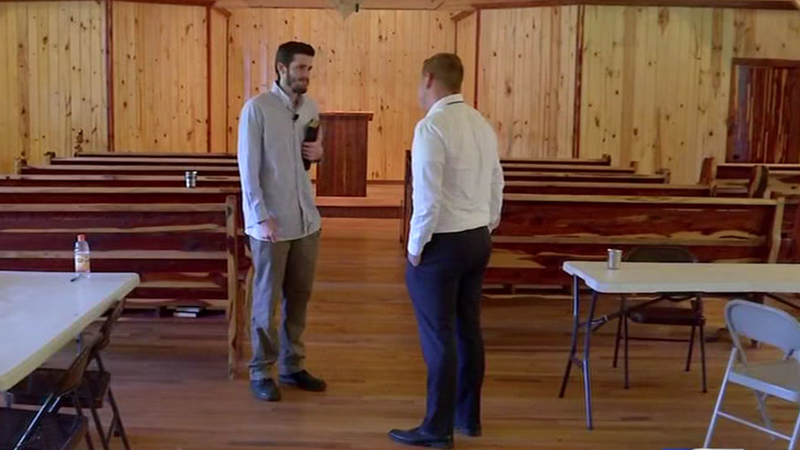 Inside the Church of Wells

WELLS, TX (KTRK) -- The small city of Wells, Texas, is easily forgettable if you're driving through in a car. You won't even encounter a traffic light in the city limits on Highway 69.

Lately though, the small community of less than 800 people is making headlines for a certain congregation. The group calls themselves the Church of Wells. Their building is hard to find off a back country road.

It's a brown, wooded structure which doesn't even have a sign out front.

Police arrested them. On Wednesday, a Harris County jury found 4 of the 6 not guilty of disturbing the service.

The other 2 men still must make their way through the criminal justice system.

On Thursday afternoon, Eyewitness News reporter Steve Campion received exclusive access inside their inner sanctuary. One of their leading pastors, Sean Morris, welcomed him and photojournalist Charles Fisher inside the building.

Before Pastor Morris spoke on camera, he prayed for the two journalists.

"Father in Heaven. Lord Jesus Christ. I know these men are trying to do their jobs even as Pontius Pilate was trying to do his job and the Romans. Father, I just ask that your truth would have preeminence and that slander and lies would not have preeminence. Father, I would ask that you bless these men and give them sensitivity of conscious in how they go about this reporting," prayed Morris in part.

Morris explained God brought them to Wells in late 2011. He went on to say their strong faith inspires their actions. Morris said they're preaching the biblical word of the Lord.

Steve Campion got an exclusive look inside.

"Approximately 90 genuinely, authentically converted Christians which is very rare are all in this one small city. We are here just because God sent us here. We're seeking to proclaim the Gospel and evangelize this city, this town, and surround cities," said Pastor Morris. "Our mission is not to camp out here. We hope to plant churches in all of the world, in every nation, tribe and tongue."

When pressed about the decision to focus on Osteen, Morris did not shy away from their stance. In fact, he offered up harsh words for the televangelist. 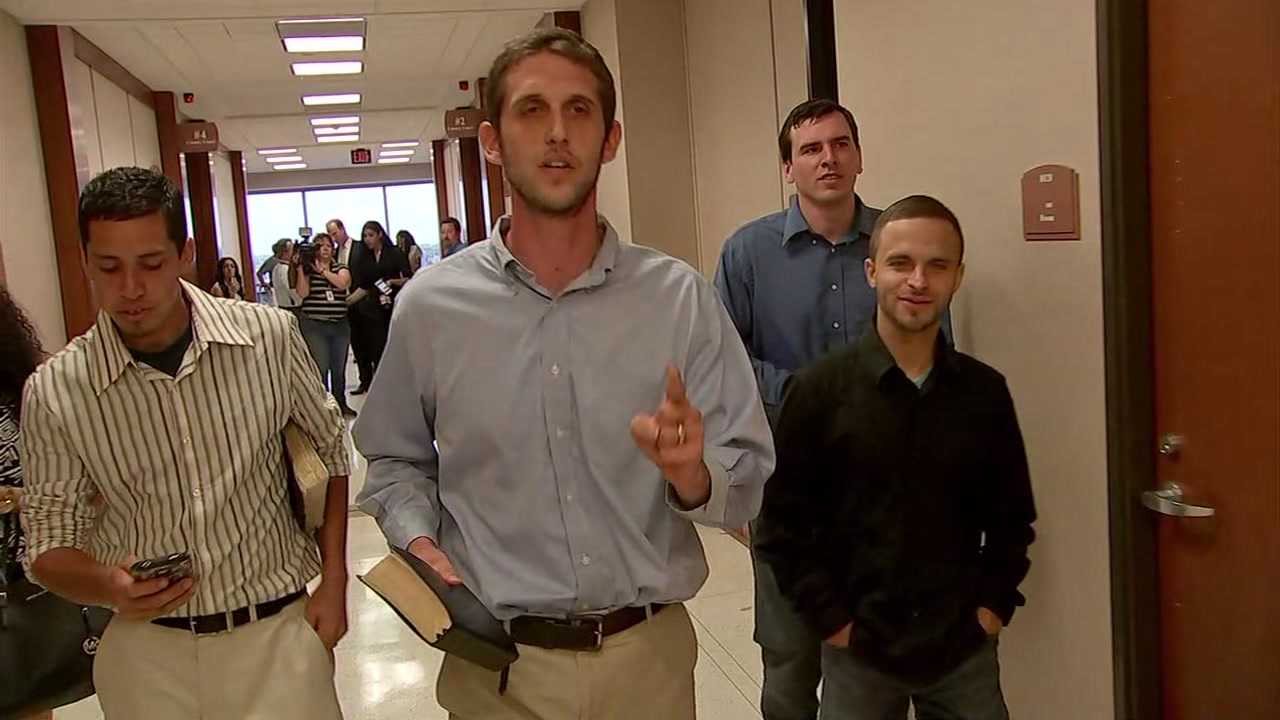 Men cleared of wrongdoing in Osteen church heckling case
Jurors returned a not guilty verdict for four men who were facing charges in the heckling case against Pastor Joel Osteen.

"Our appeal to Houston would be a plea that they would search the scriptures to find biblical Christianity, that is preserved by the infallible word of God," said Morris. "That is not corrupted by money making preachers that stand behind a pulpit and look for a paycheck and a good tithe ... because in the last days, the Bible says that preachers are going to preach just what everybody wants to hear. They're not going to preach what the word of God says."

As of Thursday evening, requests for comment to Joel Osteen have not been returned.

Morris made no apologies for their confrontational approach which includes what he called "open preaching." That's when members go out and yell their beliefs to people in public spaces. It's a practice which has fueled their unpopularity in the city of Wells, says residents like Tasha Blackshire and Ty Kirkland.

"They moved in here. They just kind of invaded on everybody. If you don't do it their way, you're not going to be right and go to Hell," said Blackshire. "I think they need to pack up and move somewhere else and try to make it. It's not working here for them."

Pastor Morris dismissed claims their church amounts to nothing more than a cult. He told us the criticism is unfounded.

He went on to say they plan to "preach" at this weekend's huge Pride Parade in Houston. Last year, they voiced their opposition to homosexuality on the streets of downtown Houston.

"Steve, our message is Jesus Christ is coming again and homosexuals need to be converted. That's the most sensitive and loving thing we can do," said Morris. "We love them. We denounce the wickedness and carelessness and insensitivity of Westboro Baptist Church. We love homosexuals. In fact, there are approximately 1 and in a looser sense 2 homosexuals that are a part of this church. That have been converted, changed, and made pure and clean in the sight of God. In their heart, in their motivations, in their impulses of their very desires ... that is truly the work of the Grace of God and Christ."

Steve Campion reported many people he approached in Wells did not want to talk about the church on the record.

Off camera, they denounced their actions and said they've given Wells a bad name.

The mayor's office and local enforcement also offered no comment to Eyewitness News.