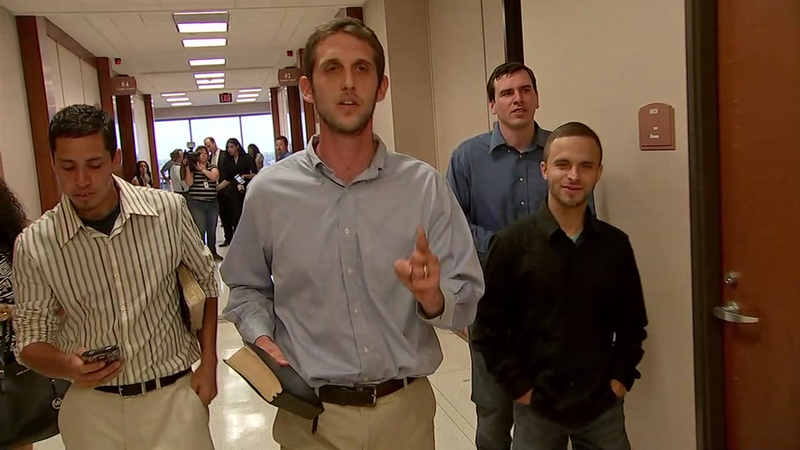 Wednesday, four of them -- Kevin Fessler, Matthew Martinez, Randall Valdez, and Mark DeRouville -- walked out of the Harris County Courthouse singing in victory after they were cleared of all charges. 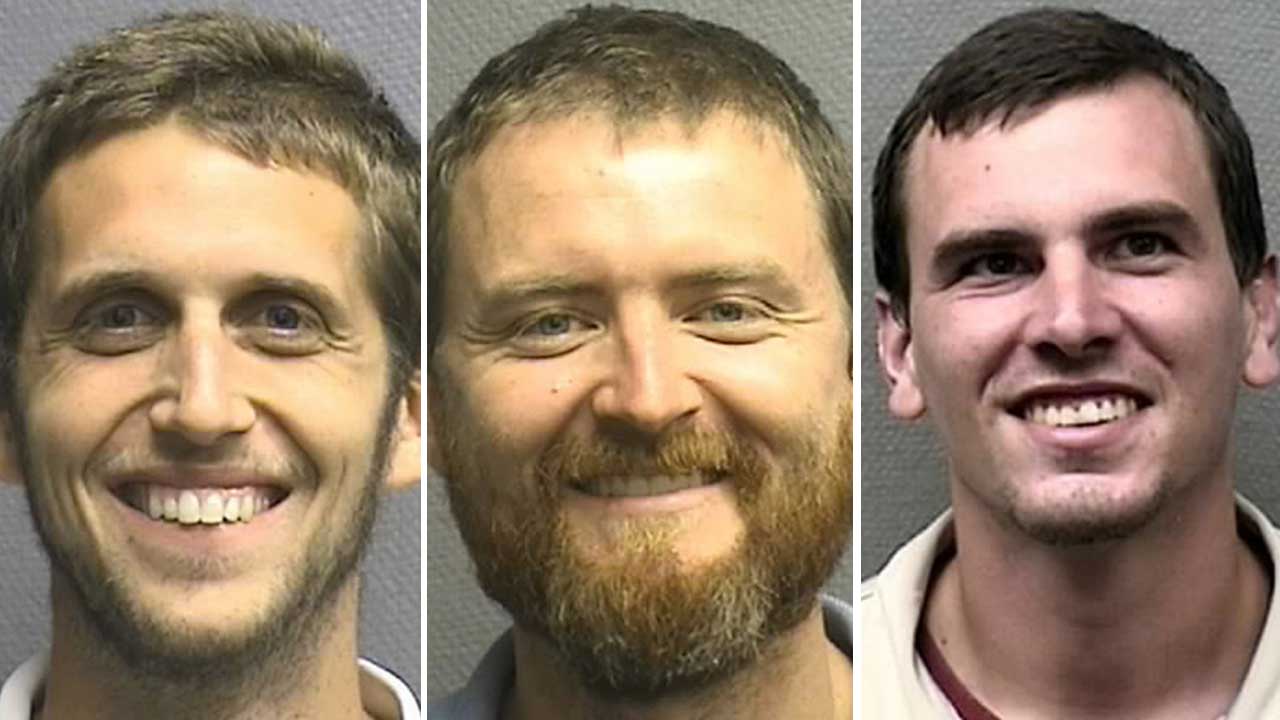 They're members of the Church of Wells, a religious group based in Wells, Texas, that some call a cult.

Pastor Joel Osteen was allowed to walk in through the back to take the stand. He told the court he couldn't really see the men but could hear them, and he sensed hostility in their tone. The defense says his testimony actually helped their case.

"At times he was quoting scripture. At times he appeared to even suggest let's hear from everybody," says defense attorney Brad Looper.

The trial was not about whether the four were part of that group that interrupted the sermon. Both sides agreed they were. It was more about their intent. The judge dismissed the trespassing charges during trial. And the jury found them not guilty of disrupting a meeting or procession. 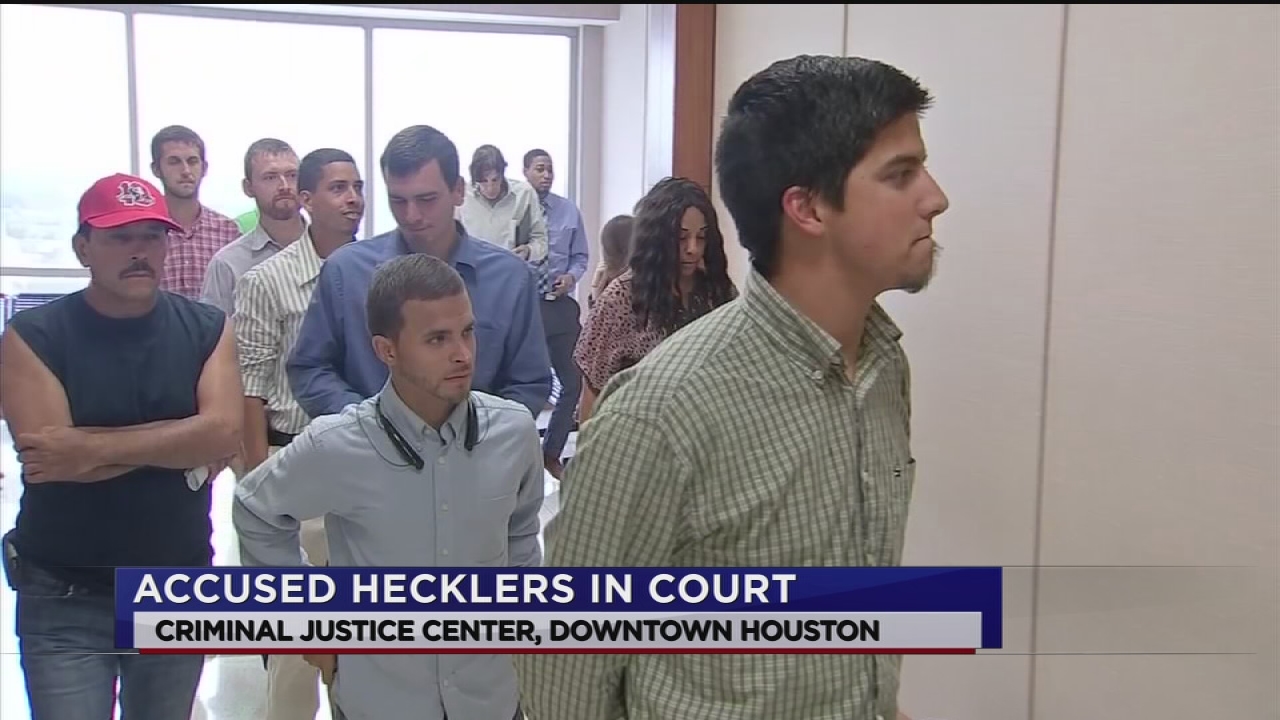 Suspected hecklers in court
The defendants face trespassing charges. A judge ordered them to stay 200 feet away from Lakewood Church and not to have any contact with Joel Osteen or his wife, Victoria.

Kevin Fessler says they were sent by the Lord with a message that Joel Osteen is a false prophet because of what they call his prosperity message.

"The scripture says that without holiness, that no man shall see God. And so we believe the true gospel turns people from their sins," Fessler says. "The true gospel causes a man to have godly sorrow over their sins, and to live a holy life. That's not what he's preaching."

"Those men, they are not who they say they are. And they should have gone to jail," says Patti Grove.

Grove and her husband Alan came in from Arkansas to sit in on the trial. They tell us their daughter disappeared to join the Church of Wells three years ago, and they believe she's being kept against her will.

"I think they convince people to feel sorry for them," she says. "Their attorneys made them look like they're just expressing their opinion. It's not true."

Charges are still pending for the two other men arrested, including one of the leaders of the Church of Wells.