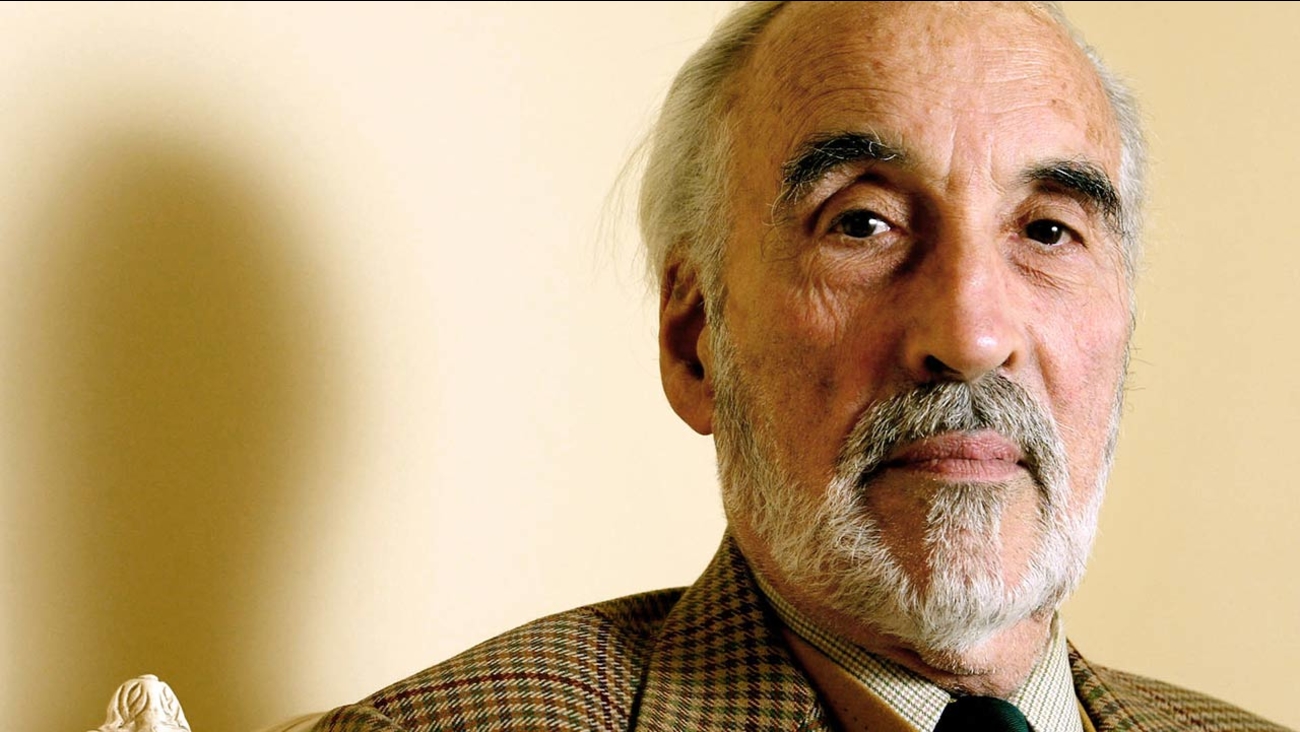 British actor Christopher Lee, known for roles from Count Dracula to the wicked wizard Saruman in 'The Lord of the Rings' trilogy, died on June 7, 2015. He was 93. (AP Photo/Jeff Zelevansky)

Lee appeared in more than 250 movies, including memorable roles as the wicked wizard Saruman in "The Lord of the Rings" trilogy and the evil Count Dooku in two of George Lucas' "Star Wars" prequels. But for many he will forever be known as the vampire Count Dracula in a slew of "Hammer Horror" movies - the gory, gothic thrillers churned out by the British studio in the 1950s and 1960s that became hugely popular.

An official for the Royal Borough of Kensington and Chelsea in London on Thursday confirmed a death certificate was issued for Lee on June 8. She spoke on condition of anonymity in keeping with the policies of the borough.

Christopher Frank Carandini Lee was born in London on May 27, 1922. His father was a British army officer who had served in the Boer War, his mother was Contessa Estelle Marie Carandini di Sarzano, an Edwardian beauty of Italian descent. His parents separated when he was young, and his mother later remarried Harcourt Rose, the uncle of James Bond creator Ian Fleming.

In 1957, Lee launched his horror career, starring as the monster in Hammer's "The Curse of Frankenstein." In 1958 Lee made his first appearance as the famous vampire in "Dracula," opposite Peter Cushing's Van Helsing.

He railed against the typecasting, however, and ultimately the sheer number and range of his roles - from Sherlock Holmes to the founder of Pakistan - secured his place in film history.