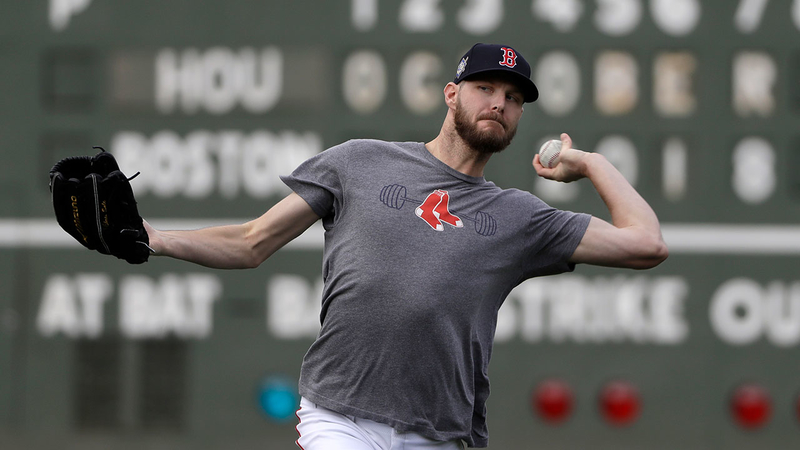 Race for a Repeat! Astros fever is spreading!

HOUSTON, Texas (KTRK) -- After pitching in four innings against the Houston Astros in Game 1 of the American League Championship Series, Red Sox pitcher Chris Sale was sent to the hospital for an unspecified stomach illness.

A day later, Sale was released from the hospital, but his status to start Game 5 in Houston remained up in the air.

Sale appears likely out for his next start in the postseason, according to an ESPN.com report on Wednesday.

In the report, Sale is said to be still weak after leaving the hospital, and he is likely to return to the rotation in time for Game 6 in Boston, if necessary.

While the team didn't elaborate on the ailment, Boston manager Alex Cora indicated it wasn't anything serious.

In Game 1, Sale threw 86 pitches with one hit, two earned runs and five strikeouts. In his previous start vs. the Yankees in the AL Division Series, Sale tossed 93 pitches with five hits and eight strikeouts in a winning effort.