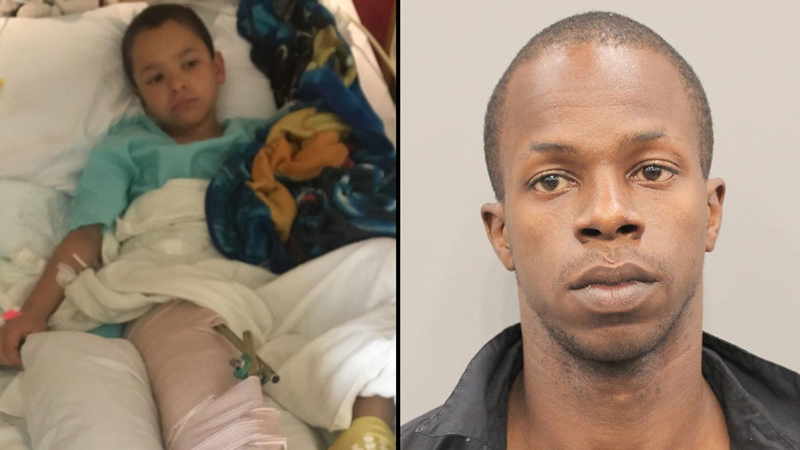 HOUSTON, Texas (KTRK) -- Family members say they are going to have to move from their home after their 8-year-old was shot by a man during an argument on Houston's south side.

Little Adrian was shot in the knee after a fight over some feuding children escalated on April 5. Now, his family says he's traumatized by the shooting, and continues to ask why someone would shoot him.

Houston police say Richard Spiller, 28, opened fire on at least three people in the 7800 block of Tierwester Street before fleeing the scene.

He was arrested April 11, and is set to face a judge Monday on four counts of aggravated assault with a deadly weapon.

RELATED: 8-year-old shot during argument in Houston's south side

Police said the three people Spiller shot at were not injured.

According to investigators, Spiller initially walked away from the fight, but returned with a gun. That's when officers said he opened fire.

"There were five or six shots," an eyewitness told ABC13 Eyewitness News. "He was running away and the lady was chasing him, and she also shot at him and said, 'You shot my baby.'"

Adrian was treated for non-life threatening injuries at a nearby hospital.

After living on Tierwester for four years, Adrian's family is now searching for a new home because they say their home is no longer safe.