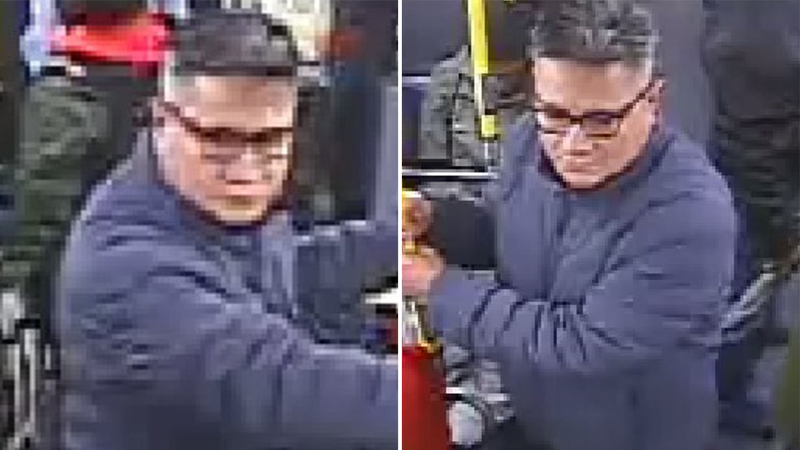 NEW YORK, New York -- Police in New York City are searching for a man they say groped a 10-year-old girl on a city bus in Manhattan Friday.

Police said the man grabbed the 10-year-old's buttocks from behind then fled.

Police described the attacker as a 45-year-old Hispanic man with salt-and-pepper hair who's approximately 5-foot-9 and weighs between 160 and 180 pounds. He was last seen wearing black jeans, a grey jacket and glasses.

Police released a photo of the man from the bus's surveillance video.