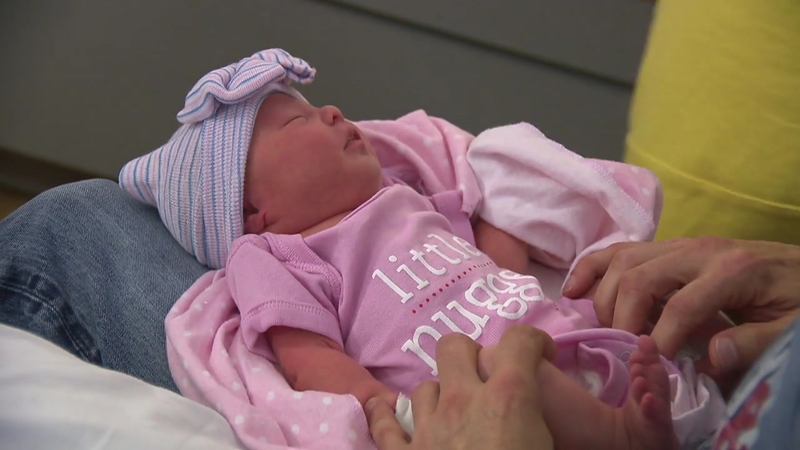 SAN ANTONIO, Texas -- A family was in for a surprise as a woman gave birth to her baby in Chick-fil-A.

According to KSAT-TV, the fast food restaurant is the Griffin family's favorite place to eat, but they never thought they would be delivering their baby there. In fact, the parents bought newborn Gracelyn a "Little Nugget" Chick-fil-A onesie three months ago.

Falon Griffin started having intense contractions on Tuesday night, so she and her husband, Robert, headed to the hospital.

Before heading to the hospital, the couple dropped off their two daughters with a family friend, and the couple stopped by a nearby Chick-fil-A so that Falon could use the restroom.

Although the restaurant was closed, the staff let Falon in. That is when Falon went into labor.

"I'm about to dial 911, I open the door and she's just screaming," Brenda Enriquez, the Chick-fil-A store director, said.

"All I cared about at the end of the day was the baby was breathing, and by the time they (first responders) arrived, she was pink, thankfully for those blankets for keeping her warm," Falon told KSAT-TV.

Robert was able to save little Gracelyn's life as she and her mother were considered high-risk throughout the entire pregnancy.

"I stopped her at her shoulders because I saw what looked to be a white collar around her neck, and it was the cord that had been wrapped around her neck twice," Robert Griffin said.

Falon and her newborn are reported to be doing well in the hospital.