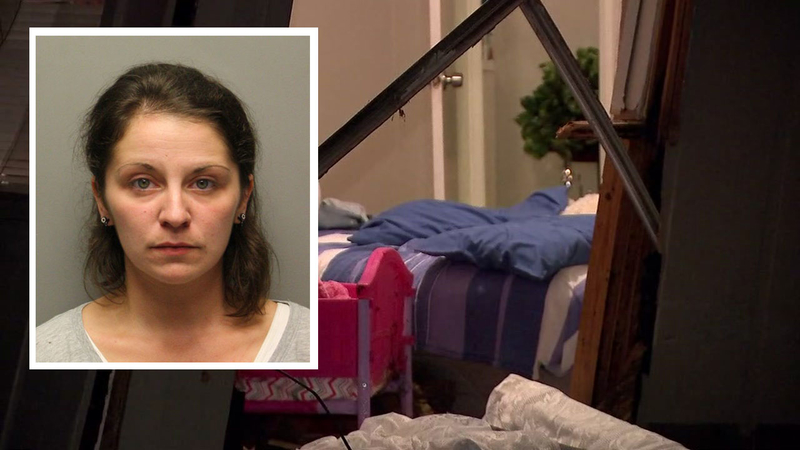 SPRING, Texas (KTRK) -- An alleged drunk driver is facing charges after she plowed a car into a home in Spring.

Britoni Colbert was charged with DWI after she crashed her car, coming just mere inches from a baby's bed at a home on Cottonshire Drive in northwest Harris County.

What's even more frightening is the 1-year-old girl and her mother were there when the car came through the wall.

They were not hurt, but the house was left with significant damage.

A family in Spring said they were stunned when a car came within mere inches of hitting their toddler's bed.

Investigators said Colbert struck a fence before the car hit the corner of the home.

The family told Eyewitness News they were stunned thinking about what might have happened if the car went any further.

Colbert was accused of leaving the scene in the crashed car before returning on her own.

Reporter Christine Dobbyn takes you through the damage left behind when a driver smashed into this Spring home.