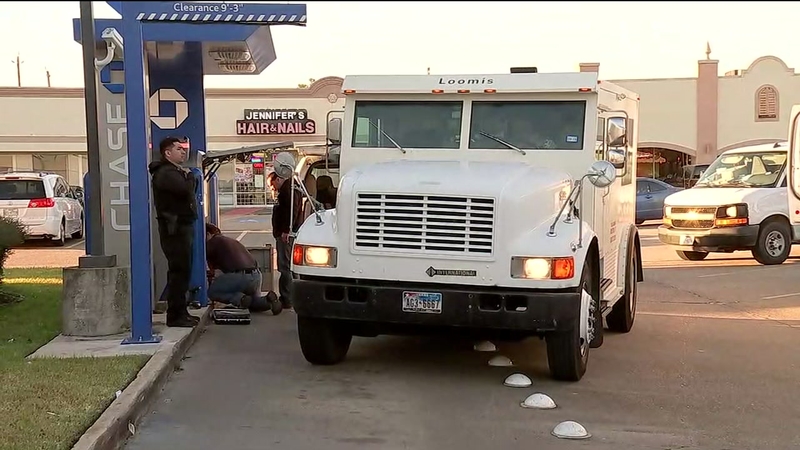 HOUSTON, Texas (KTRK) -- Two men are on the run after opening fire on an armored truck courier and taking cash outside a bank in southeast Houston.

Gunshots rang out just after 11 a.m. Monday at the Chase Bank on Scarsdale at Beamer.

The FBI said two robbers armed with a rifle began shooting at the courier, who was working to fill an ATM.

Investigators said when the courier took cover, the two men stole money and then fled the scene in a black SUV.

The FBI believes a third person was driving the getaway vehicle.

Crews were called to remove the ATM involved after it was tampered with, according to the Harris County Pct. 2 Constable's Office.

Deputy constables are looking at surveillance video from the ATM and nearby businesses in hopes of getting a better look at the suspects.