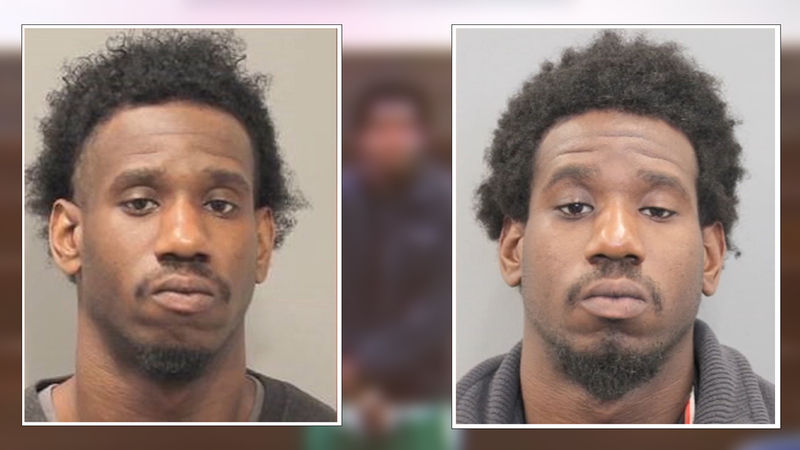 A man accused of sexually assaulting three women in the last year, had been let off on attempted sexual charges a number of times in the past, court records show.

29-year old Brandon Carter was first charged in 2011 with attempted sexual assault after he was accused of attacking a mother in the Greenspoint area.

In an exclusive interview with ABC13, his accuser says she was just about to unlock her front door when she was attacked from behind.

"Someone had grabbed me by the neck and I was fighting them off," she said.

The woman says her dress was pulled off and her attacker tried to force his hands in her private areas. She continued to fight.

"I don't know what would have happened if he dragged me into my apartment."

Carter was later arrested and indicted. While awaiting trial he bonded out and he was accused again. Fort Bend police say less than a month after bonding out, he broke into a woman's Richmond home.

She also shared her story with ABC 13 exclusively.

"I just remember I said 'What are you doing here?' and when I said that, I knew that there wasn't gonna be a good answer. I ran into my bedroom. He pushed the door down and I fell on my back and I just started kicking and screaming."

Several months later Carter was arrested again and facing another attempted sexual assault charge. Soon after, his charge in Harris County was dismissed.

According to court documents, the charge was dismissed because Carter was now charged with a first degree felony in Fort Bend.

During his trial in Fort Bend, his Harris County accuser was brought to testify against him, along with his accuser in Richmond.

Both women say they were shamed by Carters defense.

"The defense drug my name through the mud. He made up stories about me," one of the women said.

Carters charge was dismissed yet again. According to court documents the judge cited, "Identification Suppression." The defense had likely argued the women could not prove Carter was their attacker due to his identity beyond a reasonable doubt.

One of the women said, "I did everything possible that I could to try and bring him to justice so that he wouldn't do this to anyone else."

Houston police say Carter is suspected to be behind three violent sexual assaults in the last year.