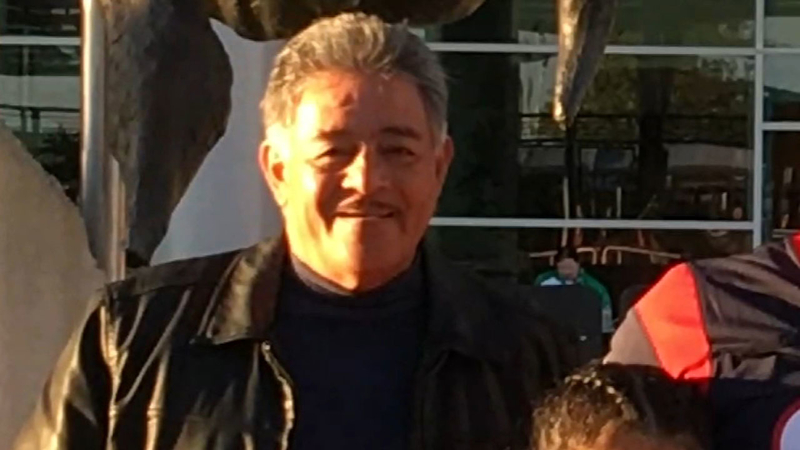 CHANNELVIEW, Texas (KTRK) -- The massacre in El Paso has hit home for the families of every person who was killed, and every victim who was shot in Cielo Vista Mall at the Walmart store.

That includes the family of Mario Perez, a 59-year-old remodeling contractor who was on a job Saturday in El Paso.

He, his wife and children live in Channelview.

His daughter, Sofia Perez, said she saw the news of the shooting when an alert notification was sent to her phone.

"I thought, that's where dad is, but the mall is too far from where he's working," she said. "Then my sister called, and said 'We need to talk.'"

Her father, she was told, had been shot.

"He said he was waiting to check out, and heard the gunshots," recall Perez. "He told the woman in front of him to get down, but she didn't move. He dropped to the floor, and her body fell on top of him."

A survivor of the deadly shooting that left 20 people dead at a Walmart store in El Paso says she owes her life to the stranger that helped keep her safe.

Sofia said the gunman sprayed the area, and two bullets hit her father in the hips.

"He just laid there because of the body on top of him. He called my sister and told her what happened, and said he was going to be okay."

He underwent a two-hour emergency surgery at Del Sol Hospital, where other shooting victims were taken.

His wife flew to El Paso Sunday evening to be with him.

Sofia said her father described the gunman as "behaving like a kid playing a video game, shooting person after person."

"I'm so angry because he could have taken my dad, who made me into the woman I am, and the people my brother and sister have become. I hope he gets whatever is coming to him," said Sofia.

The family plans to bring the father back to Houston as soon as possible.

A GoFundMe account has been set up to help with medical and transportation expenses.