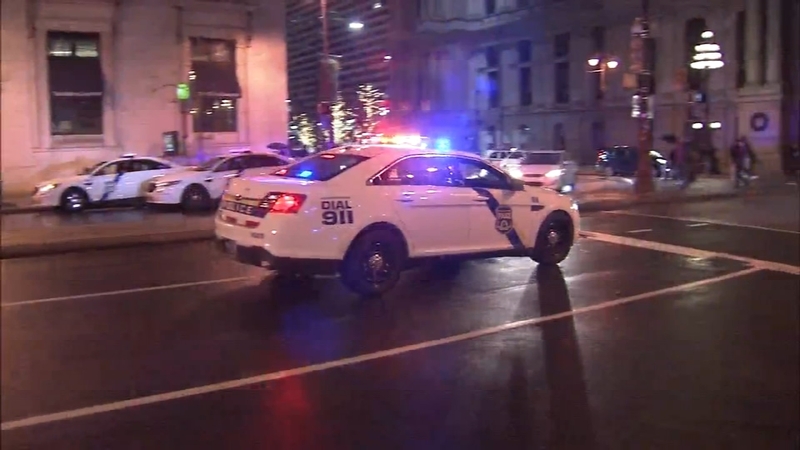 CENTER CITY, Pennsylvania -- Over the weekend, police say several hundred teens went on a random rampage that left some without their property, and others in the hospital.

A surveillance camera captured the moment two pizza deliverymen were attacked and robbed outside their landmark shop at 18th and South streets by a teenage flash mob. Both men suffered severe injury.

"That was awful. I wish it doesn't happen again. My employees, one has a broken nose, one has a black eye. The (one with the) broken nose is going to surgery today," said the pizzeria owner, Fouad Dahamani.

Police say the crowd had gone south on 18th Street after leaving Coda, a Walnut Street club, when teenage non-booze hours had expired.

Several hundred minors, male and female, headed out of the club and continued farther down Walnut, eventually attacking a couple on the street and harassing others nearby, while the second group headed to South Street.

"All of the kids came from the same location, but then they got splintered, and once they did that all the idiotic, stupid behavior started. Between striking people, grabbing their phones. I wonder what some of these kids would feel like if somebody did that to their mother," said Philadelphia Police Commissioner Richard Ross.

SEPTA police made several arrests near City Hall, including a 14-year-old and a 16-year-old.

Commissioner Ross is promising a crackdown on flash mobs as the holiday shopping season begins.

"Clearly you got a group, probably a subgroup, of folks who were there who are weak-minded. And because somebody else did something stupid, they got to follow," Ross said.

The police commissioner promises that there will be some locking up of teenagers involved in Saturday's mayhem as soon as they can be identified from surveillance video.