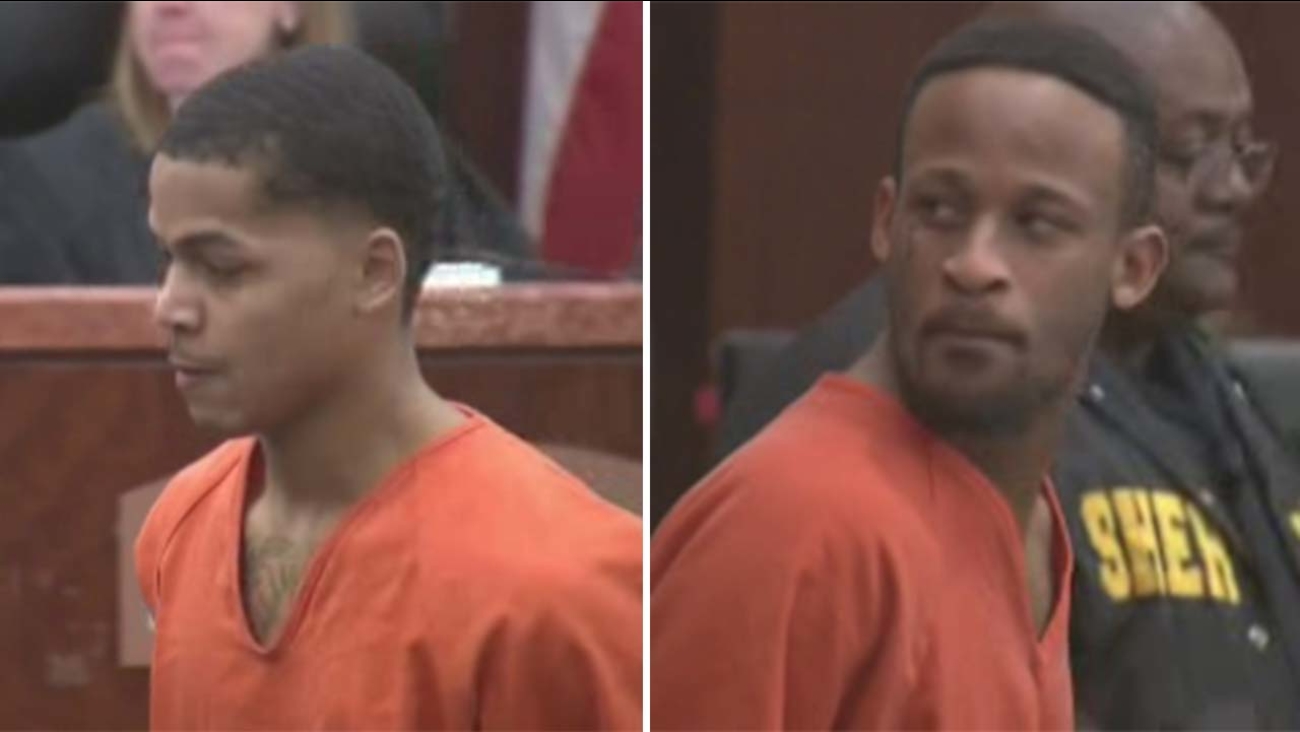 HOUSTON (KTRK) -- Two men appeared in court this morning on capital murder charges. Eric Guzman and Jamal Ferguson faced a judge, accused of robbing and shooting a man to death back in early April.

An off-duty Harris County Precinct Four deputy was heading home, when he spotted the shooting victim on Spring Cypress Road.

The victim died at the hospital.

These men are also suspected in a separate case in which a man was carjacked and the suspects took off with his 18-month-old daughter still buckled in her car seat. When the men apparently realized the little girl was in the car, they stopped the vehicle and threw the car seat out of car with the baby still in it. The men were eventually arrested.

At this time, one of the alleged carjackers, Russell Gregory, is on the run. He is also charged with capital murder. Gregory was initially arrested after the baby incident. It's not clear at this time how and when he was freed.

Copyright © 2022 KTRK-TV. All Rights Reserved.
TOP STORIES
51-year-old on the run as suspect in corporal's ambush killing
Sergeant was to walk daughter down aisle until his hit-and-run death
Mom shares story of son's 'scary' battle with COVID complications
Drying out but staying cool this week
Texas among states suing Google over claim it's misleading consumers
Man accused of stabbing K-9 in The Heights now charged
'We knew something big exploded': ABC13 recalls moment of Watson blast
Show More
12-year-old hurt in crash with speeding tow truck that killed 2 adults
Dad charged and fired from job after racist tirade posted on TikTok
Bad Bunny announces stadium tour stop at Minute Maid Park
Here are your headliners set to perform for the BBQ Contest at NRG
5 tax changes that can boost your refund this year
More TOP STORIES News