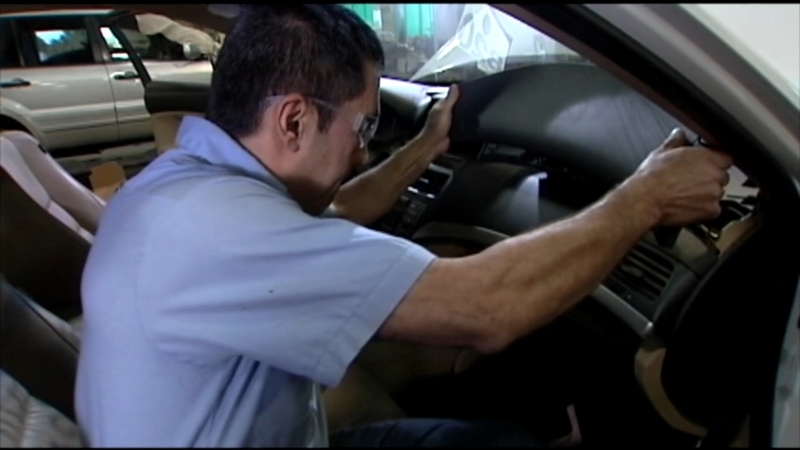 More than 1 million Houston cars have an open recall

HOUSTON, Texas (KTRK) -- Houston drivers, you may have a serious problem and not even know about it.

A staggering 27% of the cars on the roads in Houston have an open recall that has not been fixed.

When Takata first issued its airbag recall, millions were replaced, but there are still cars out there with faulty bags and they can be deadly.

The family of Fort Bend County teen Huma Hanif learned after her fatal accident that she was driving a car with a faulty airbag on the recall list.

Some people are getting frustrated with the length of time automakers say it'll take to make the proper repairs to faulty airbags at the center of a recall.

She was in a minor and survivable crash when her airbag deployed, sending metal into her neck.

In August, a driver in Arizona died in a similar survivable crash due to the recalled airbag that was never replaced.

Eleven million Takata airbags are still on the road.

The Takata recall is not the only one out there, and unfortunately, 1.5 million cars just in Houston have some type of open recall right now. In many cases, the drivers do not know about it.

"You might buy a vehicle and do the recall check, while maybe you are used to car shopping, and there is not an open recall, but a month from then, two months from then, a year from then, a recall could be issued for a serious safety concern, and you want to get that alert, and you want to know about it right away," Emilie Voss at Carfax said.

Check your vehicle! Replacing this type of airbag could be the difference between life and death.

Now it is easier than ever to find out if your car has a recall.

You can go to safercar.gov and carfax.com/recall, enter your vehicle information number, and find out instantly about your car's recall information free of charge.

Remember, it is free to fix a recall. Just call a dealership that sells the make of your car and make an appointment.