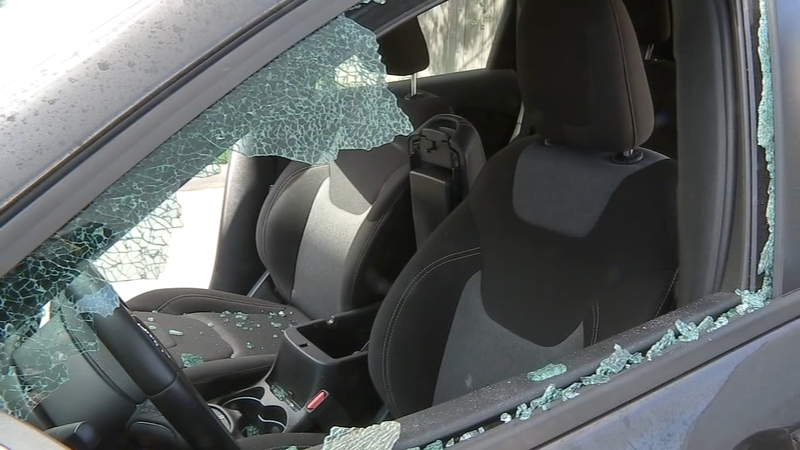 HOUSTON, Texas (KTRK) -- Authorities are investigating after dozens of cars were broken into at an east Harris County apartment complex.

Residents alerted authorities when they realized that their cars had been broken into at the Domain New Forest apartments located at 6301 Pale Sage Dr.

Laptops, tools and school supplies were among the items stolen from several vehicles, according to the residents.

A Houston area teacher says she came out around 6 a.m. to a broken window.

"It's such an inconvenience for me. I just moved in about two months ago," victim Latavian Gardner said.

Gardner says the school supplies stolen were for her students, and supplies that she had purchased with her own money.

"I had just gone to Walmart. I paid over $125 for notebooks, pens and paper... and as a teacher it's very hard to get those funds back," Gardner explained.

Residents told ABC13 that they are really frustrated, and are now looking at the apartment complex to make some changes.

ABC13 talked to the apartment complex office over the phone. The complex said it's working with residents and police to get leads on who may have done this.