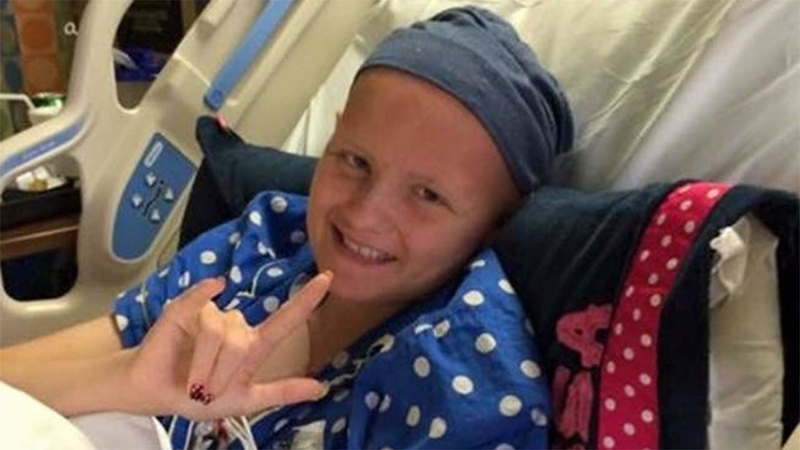 HOUSTON (KTRK) -- She was just 15 years old and faced with her own mortality. It would have been easy for her to be focused on herself. Instead, Alyssa Ferguson made a selfless decision that would change hundreds, if not thousands of lives, for people she would never even meet.

Her mother Sandy Ferguson said, "She was good kid, a really good kid. And her heart was always for other people."

Alyssa was a straight "A" student, and she was in the honor society. She played trombone and piano. She was known for her work ethic, her beaming smile and her seemingly unlimited capacity to show empathy for others.

Alyssa's father Scott Ferguson said, "Her heart was huge -- for people, for God, for those she knew and those she didn't."

Alyssa endured six brain surgeries and six different cutting edge treatments for the cancer. Although she fought bravely, that three-year battle ended earlier this month. Alyssa passed away at her Missouri City home.

But her legacy endures.

After she was approached by the Make-a-Wish Foundation, Alyssa asked her mother if it was OK to give her wish away.

She wanted to build a water well in Africa. She'd read a book when she was younger, "A long walk to water." It's a story about Sudanese children and what they had to endure just to get water to drink.

Sandy recalled Alyssa telling her, "They need water now. Go ahead and build it without me and we'll go visit it later."

Alyssa would get to see the pictures, the smiles and the difference her wish made. But she never got to go. That water well and four more around the world have now been built in her honor. Her parents say that's Alyssa's legacy. Her work and her words that live on despite her passing.

Scott said, "I think she'd want to say, do whatever you can in your corner of the world to make it better."

In an interview done by her youth pastor when she first got sick, Alyssa shared her innermost thoughts on life and making a difference.

"I guess you only have a certain about of time, so spend it wisely," she said.

Full interview with Alyssa Ferguson, before her death from cancer