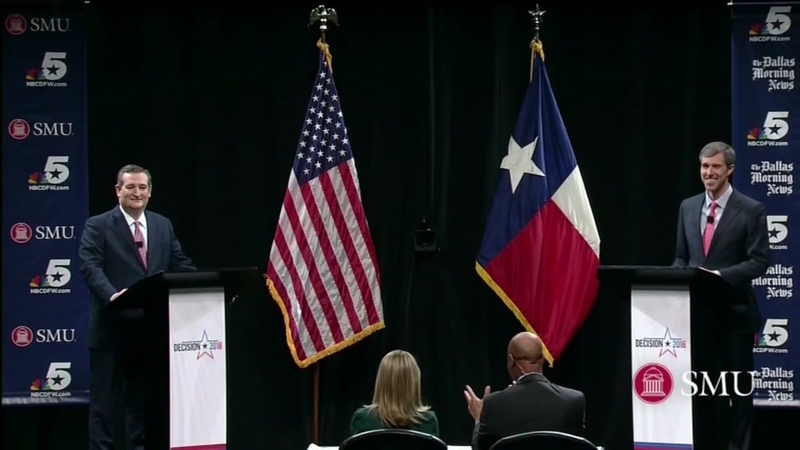 HOUSTON, Texas (KTRK) -- Sen. Ted Cruz and Rep. Beto O'Rourke are among the most discussed politicians amid their race for the senate.

"Our task is simple," said Cruz during a recent rally outside of San Antonio. "We've got to show up, and we've got to bring everybody else."

"Just like in football, the difference between the first game and the second game is quite often substantial," said Mark Jones, political scientist at The Baker Institute at Rice University. "I think for O'Rourke, we'll see him more polished in the second debate, as well as more comfortable with himself."

O'Rourke told Eyewitness News on Monday that he will not change his strategy, and that he will keep focusing on the issues he believes matters to Texans.

His statement echoed what he said during an interview on the campaign trail in south Texas.

"Listening to people and their stories have become our stories, their fights, our fights," he said. "And I want to make sure that I can serve them and represent them in the U.S. Senate. Every day adds urgency to the work that we do."

This time, the candidates will be fielding their questions from moderators and constituents, in a town hall-style format.

After a long campaign trail, both men are used to regularly fielding unscripted questions from their respective audiences.

The debate is expected to provide a healthy, deep discussion of the issues most important to Texans.