The four are responding to the northern part of the state where more than 500 wildfires have ignited since Aug. 15.

CALIFORNIA -- More than a dozen Montgomery County firefighters are stationed in California, battling what has now become the largest single wildfire in the state's history, according to historical records from the California Department of Forestry and Fire Protection, or CAL FIRE.

Crews from the Conroe, Caney Creek, North and South Montgomery, Porter and Needham fire departments were assigned to Strike Team 143 and departed for California on Sept. 11. Two days later, they arrived by vehicle at Creek Fire, a smoldering wildfire near Los Angeles in Fresno and Madera counties.

As of Sept. 23, Creek Fire has ravaged 289,695 acres, damaged 71 structures and destroyed 855 others. It is the sixth-largest wildfire when including complex fires or two or more individual fires in the same area.

"Even by West Coast or California standards, these are some big fires," Montgomery County Fire Marshall Jimmy Williams said. "It's been hard work."

For Montgomery County firefighters, the blazes in California are not the first major disaster they have recently been deployed to. Some local firefighters were deployed to California almost immediately after spending a week clearing trees and damage in Louisiana after Hurricane Laura made landfall Aug. 27, said Stephan Cottar, the deputy chief and fire marshal at the Conroe Fire Department.

Deployments provide invaluable experience and training that can help fire departments better respond to future local disasters, Williams said. Local officials said they are better prepared to fight California's fires because of the catastrophic Texas Tri-County Fire in 2011, which blazed through Montgomery, Grimes, and Waller counties and is considered to be the largest wildland urban interface fire in East Texas history, according to the Texas A&M Forest Service.

The state of Texas deploys specialized teams to assist other states in emergencies through the Texas Intrastate Fire Mutual Aid System, Williams said. The governor of California requested assistance for the wildfires from Gov. Greg Abbott, who activated the TIFMAS system.

Once the Texas crew arrived in California, they were assigned to a fire based on its priority and resources needed, Williams said. They were then organized into small groups under a strike team leader, who manages their efforts and reports up the chain of command.

Strike Team 143 works on 24-hour rotations to cut bushes, set backfires and establish the perimeter at Creek Fire, Cottar said. They use their downtime to rest and do maintenance on their tools.

"I talked to some of the guys and they gave them a two-day rest period because they were physically exhausted after being on the fire lines for so long," Williams said. "They are hiking up mountains. It's not our flatland that we're used to."

As of Sept. 23, Creek Fire had been blazing for 18 days and was 32% contained, according to CAL FIRE.

In the next few days, Strike Team 143 might need to rotate a new crew into the base camp and fly the current crew back home, Williams said.

The specialized teams in TIFMAS comprise firefighters who meet certain qualifications depending on the type of emergency, Williams said. The National Wildfire Coordinating Group, which is a partnership between individual state forest agencies and the U.S. Forest Service, administers a nationwide program to provide standardized wildland firefighting training and credentialing.

"Think of it as a qualification system where firefighters can advance up through the ranks as they complete increasingly advanced training," Williams said.

Wildland firefighters in the TIFMAS system must be a minimum of Basic Wildland Certified, meaning they must complete a 40-hour wildland course and several evaluations, said Joe Craig, the deputy chief and training officer for the Conroe Fire Department. Three other levels exist, with the highest being Engine Boss, who is responsible for tactical operation and control of the wildland crew.

All Conroe Fire Department personnel are TIFMAS certified as All Hazards Responders and can be deployed in disaster responses, Craig said. One individual from the Conroe department is Engine Boss certified, and about 11 Wildland Firefighters in Montgomery County are at the Engine Boss level.

The Conroe Fire Department has a training budget for Wildland Training, and many of the courses are offered by the Texas Forest Service at a reduced cost, Craig said. Williams also emphasized deployments to other states are not paid for by local taxpayers and are generally paid for by the state requesting assistance, and they provide valuable training to local departments.

"Our firefighters were good wildland firefighters when they left. They will be even better then they come back," he said. "It makes our community safer."

On Sept. 5, 2011, a fire began in the Magnolia area that blazed for almost two weeks, according to the Texas A&M Forest Service. Known as the Riley Road Fire, it charred 19,960 acres and destroyed 73 homes, threatening the city of Magnolia and stopping just short of Harris County.

That year also saw several other major fires, including the Bear Creek Fire in East Texas-considered one of the worst in the state's history-and the Angelina River Bottom Fire in Nacogdoches and Cherokee counties.

Cottar, who was working at the Conroe Fire Department at the time, said it was the largest fire season he had ever participated in. The experience would help kickstart the department to participate in more statewide trainings to qualify their personnel for emergencies such as the one in California.

"We had good wildfire capability then, but it has certainly advanced quite a bit since then," he said. "We have more equipment, more training because of it."

Williams, who was also on scene during the 2011 fires, including the one in Magnolia, said he was involved with the county's first deployment in 1988, when firefighters were sent to a 300,000-acre fire in the big country near Abilene.

"That's probably one of the first times Texas did a major deployment," he said. "The state realized they needed to have a system for deployment, and TIFMAS was born out of those early deployments." 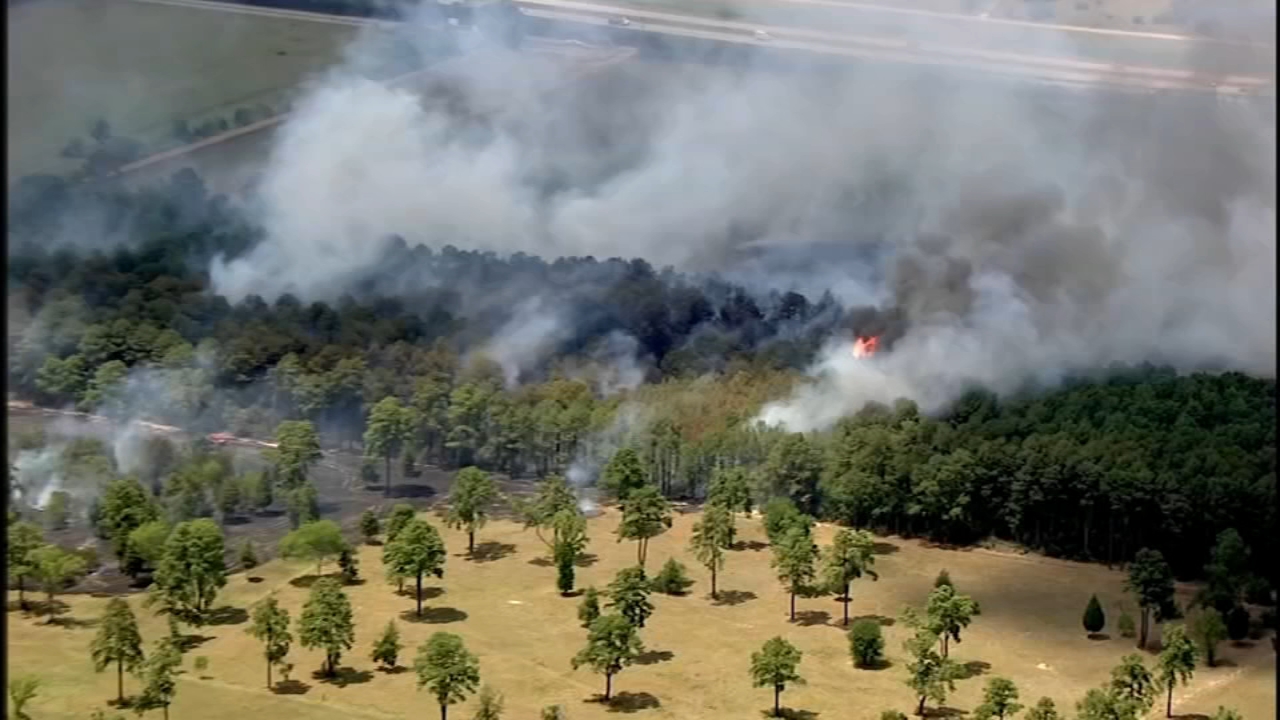 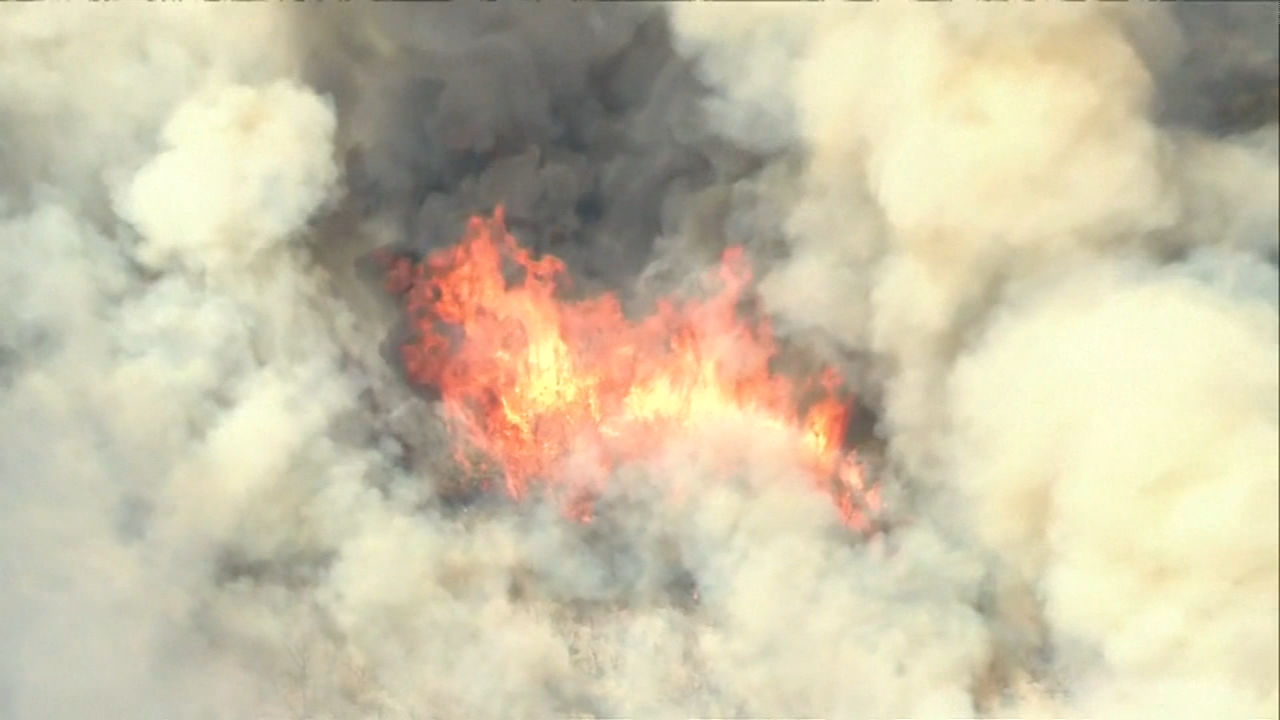