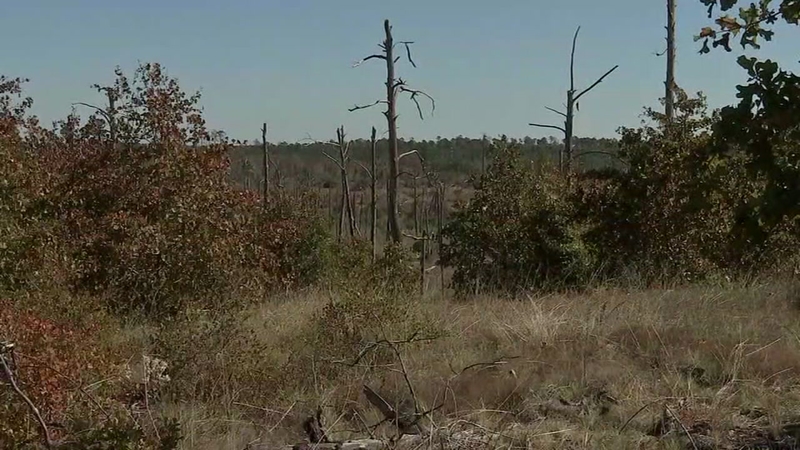 BASTROP, Texas (KTRK) -- As the wildfires in California continue to rage on, it's an all too familiar situation for folks who've battled wildfires here in Texas.

Years later, you can still see the devastation.

Over the past six years, park staff have planted 2 million pine trees in an effort to re-grow what the park used to be.

"We have spots in the park where we have pine trees that are over 20 feet tall now," says park resource specialist, Jayson May.

It's an encouraging sight for him.

"We're starting to have a forest on its way back, but it takes time," said May.

May says the 2011 wildfire was a "Type 1 incident" just like the fires burning in California now.

While fighting the wildfire himself, Texas A&M resource specialist Nathan Decker says his home was destroyed by the fire in Bastrop County.

"They mentioned an address over the radio and how they were trying to save my next-door neighbors house burning out around it, and somebody questioned the house down below which would've been my house," he said.

There wasn't much he could do.

"Kind of a sinking feeling but at the same instance, you're still on the line. My wife was trying to get some stuff out of the house and I had called her and told her 'You need to get out now,' and she was like, 'I still have time,' and I said, 'No, no, get out,'"

The only thing now is the recovery process. The park takes seeds from pine cones to cultivate new trees.