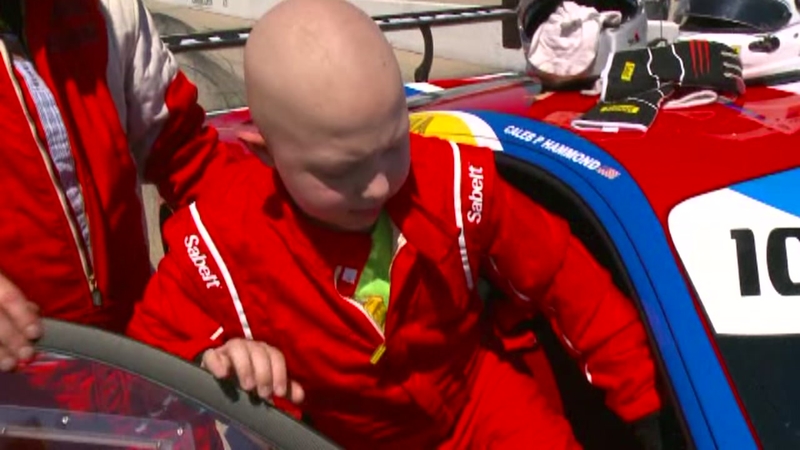 NEWTON, Iowa -- An 11-year-old boy with leukemia is making every moment count.

Caleb Hammond doesn't know how much longer he has to live.

His dying wish was to gather race car stickers from across the country for his casket.

A Ferrari dealership owner in Fort Lauderdale, Florida, heard about Caleb's request and decided to take it a step further.

He sent a Ferrari race car, a driver and racing suit all the way to the Iowa Speedway just for Caleb.

"Ferrari Maserati of Fort Lauderdale wanted to make sure he had an amazing Ferrari experience -- the race, the rush, the adrenaline," Pillar Barrera with Fort Lauderdale Ferrari told KCCI.

Caleb rode in a $3 million Ferrari, topping speeds of 200 miles per hour.

His family says they're grateful he's living out his dream.

"I believe he made the right choice, to live it out, doing what we're doing, instead of lying in a hospital bed," said his father John Hammond.