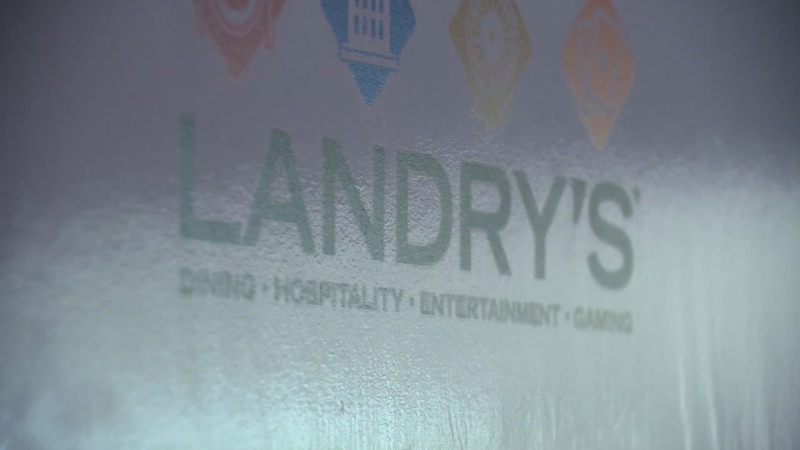 HOUSTON (KTRK) -- If you've been to a Landry's restaurant recently and used a card to pay, check your statement. The company announced on Thursday that they've received reports of unauthorized charges.

Landry's Incorporated owns more than 500 restaurants including many of your favorites: Landry's Seafood, Saltgrass, McCormick and Schmick's, Morton's. The company says it's working with a cybersecurity firm to investigate the breach. They're also working with the company that processes payment information.

Landry's does say that a new encryption system is in place. It was a system that was being implemented even before the restaurant was notified of the breach.

People who report unauthorized in a timely manner are usually not responsible for them, so if you've been affected, you should contact your credit card company.

According to a statement the company released Thursday afternoon, they won't know the full scope of the breach until the investigation is done. They haven't said when the breach began or when it was discovered, but our cybersecurity sources say it may go all the way back to May.

Landry's hasn't said how many restaurants they believe have been affected, but we spoke with one young lady who works at Landry-owned La Griglia, and she says she heard customers reporting their card had been breached to her manager.

The breach was news to customers at the Saltgrass location we went to Thursday night.

"I hadn't heard anything about it until you told me that. But I'm definitely going to spend cash. I'm not going to use my credit card for sure. It's certainly good to know during the holidays," Saltgrass Customer Jason Yancey said.

Landry's says, "System changes that we began implementing even before we were apprised of the reports of unauthorized usage have already been made, both to the specific restaurants where the suspect activity occurred as well as the overwhelming majority of our restaurants."

Interesting to note that the spokesperson we've gone back and forth with this evening says they don't know what restaurants were affected, so who knows if the problem has been fixed.

Below are FAQs that Landry sent out for those who may have been affected.

What information may have been affected?

What can I do if my card might be affected?

How many customers were affected? What is the timing of the attack?

We are working nonstop to complete the investigation. Even though we will not know the scope of this incident until then, we will work vigilantly to address any potential issues that may affect our customers.

What have we been doing to enhance the security of our payment card systems?

Will someone steal my identity?