Inside job? Series of break-ins reported at high-end apartment building in west Houston 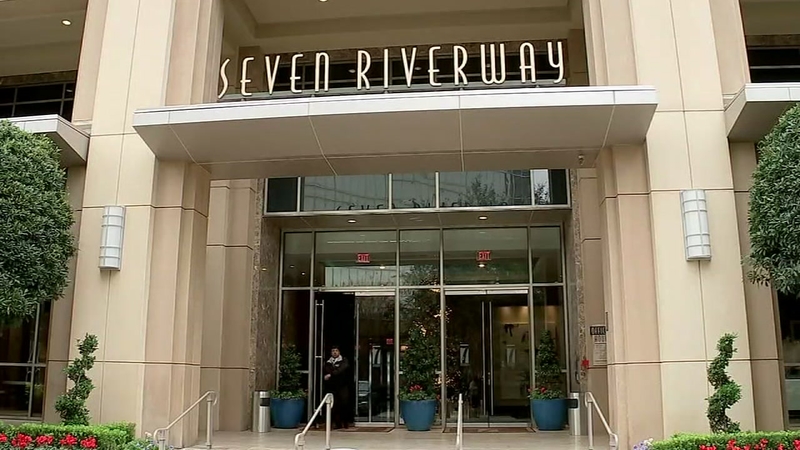 HOUSTON, Texas (KTRK) -- Houston police are investigating a series of break-ins at the exclusive 7 Riverway apartment high-rise. At least seven apartment homes were broken into in the past two weeks.

After recent burglaries at the complex, residents no longer feel safe.

"Unfortunately I don't feel safe in my own building," Holly Hines said.

Hines' apartment was one of seven burglaries in the building within the past two weeks.

We spoke to Hines inside the sparkling lobby at 7 Riverway, which is serviced by a full time concierge, valet, leasing agent, manager, and several maintenance personnel. With rentals for a one bedroom apartment topping $3,000 a month, it's easy to see why this is considered one of the most exclusive high rise addresses in the city.

"They took stuff for anniversaries, birthdays, stuff we got from our parents," said trainer Samir Becic, a decade-long resident in the complex and also a victim. "Some of the stuff is very expensive."

Becic says one of the gold Raymond Weil watches given to him by his father was stolen. Another resident told us her wedding ring was gone.

All victims told Eyewitness News that there is no indication that someone broke into the complex, and they suspect it was someone with a key.

"There are obviously still people in here, that are employed, who were involved. I feel like it's an inside job, because nobody else had keys to my unit," said Hines.

Residents also point out how the thieves were very strategic.

"They would open three Hermes boxes, they would only pick up one, and leave the rest on the table. Doesn't make any sense," said Becic.

Houston police confirm in other incidents, thieves left expensive firearms that were in plain view behind, but took all the luxury handbags in an apartment.

"I'm really waiting on the management team to come back to tell us what they're going to do to help resolve the problem," said Hines, who is among at least a dozen residents that's contacted Lincoln Properties, the Dallas based management company for 7 Riverway.

"Unfortunately we have people who are taking advantage of others," said HPD Officer Jaime Peoples, who is conducting the investigation. "Hopefully, we'll find out who's doing it."

"Our management team is working with police as they investigate these incidents. In order not to compromise their efforts we ask that you contact the police for any additional information concerning these cases."