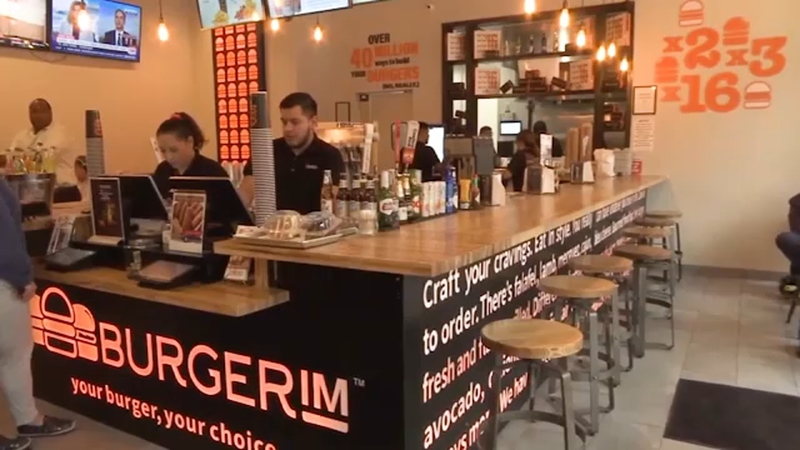 Franchise owner beats the odds in 1st year amid pandemic

HOUSTON, Texas (KTRK) -- A local burger restaurant in downtown Houston is celebrating a one-year milestone during the pandemic.

Humberto Martinez, the owner of BurgerIM is a Houston-native and opened his businesses in October 2019 - he was fighting for the American dream.

"We were only open like three or four months before the pandemic, then when [COVID-19] hit, it felt like the whole world was against us."

Like many restaurants in the area, Martinez said he was terrified they weren't going to make it.

A national chain of fast casual burger restaurants faces uncertainty over its fate, affecting at least one Houston franchise owner.

"Honestly, I didn't think we were going to make it quite a few times," he told Eyewitness News during an interview on Sunday. "We had to shut down a couple of times: one for the pandemic and then during the riots, so yes, we closed down more than once."

Martinez said he had to cut most of his staff. That's when his family rolled up their sleeves and got to work to help keep the business afloat.

"I lost about 80 percent of my staff unfortunately," Martinez said. "I kept them on for as long as I could up until we had to close. I have not been able to bring them back. I wish that I could, once things get back to normal, because we were doing really good things."

According to the Texas Restaurant Association, 84 percent of restaurant owners had to lay off employees and reduce their hours.

While 61 percent of the industry is no longer working due to the pandemic.
"With the help of a lot of people, my landlord, you know, friends, family, we were able to push through," Martinez said.

Martinez said the landlord made accommodations for him and other tenants to help keep the business going.

He said that gesture is one he hopes to see more of across the city.

This month, at Buger IM's one-year anniversary, Martinez said they are finally going to start expanding business hours and hope to see their customers.

"If we've made it this far, I think we'll make it," Martinez said.