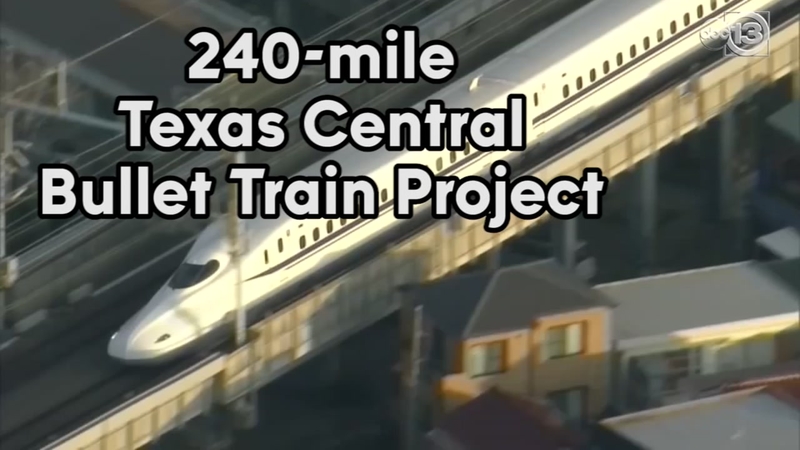 HOUSTON, Texas (KTRK) -- Texans are still waiting for the first rail to be laid in the 240-mile Texas Central Bullet Train project.

The project was first unveiled in 2014, promising a trip between Houston and Dallas in under 90 minutes.

Organizers of the privately-funded bullet train say construction will begin after federal regulators complete their environmental review, possibly by the end of this year.

In 2015, some residents living near the proposed route began airing their frustration with potential property value-killing issues. But other landowners support the train as an economic catalyst and have signed land option agreements with the train's developers, Texas Central.

An environmental study and route planning were the next steps.

Texas Central last year engaged the global construction and engineering firm Salini Impregilo -- operating in the U.S. market with the Lane Construction Corporation -- to lead the civil construction consortium that will build the line.

Organizers promise a train arriving every 30 minutes, with an added stop near Bryan-College Station.

The 240-mile line would take riders from Houston to Dallas in just 90 minutes.

Houston to Dallas in under 90 minutes. The idea sounds great -- that is, unless this high speed rail is being built on your property