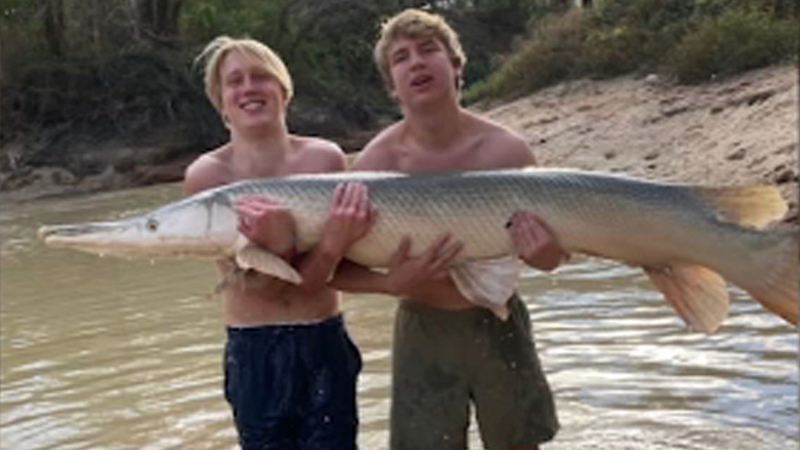 HOUSTON, Texas (KTRK) -- Two Memorial High School seniors have quite the story to tell when they get back to school after the holiday break.

Charlie Oliver and Evan Adams shared the photo of the massive fish with the Chron. 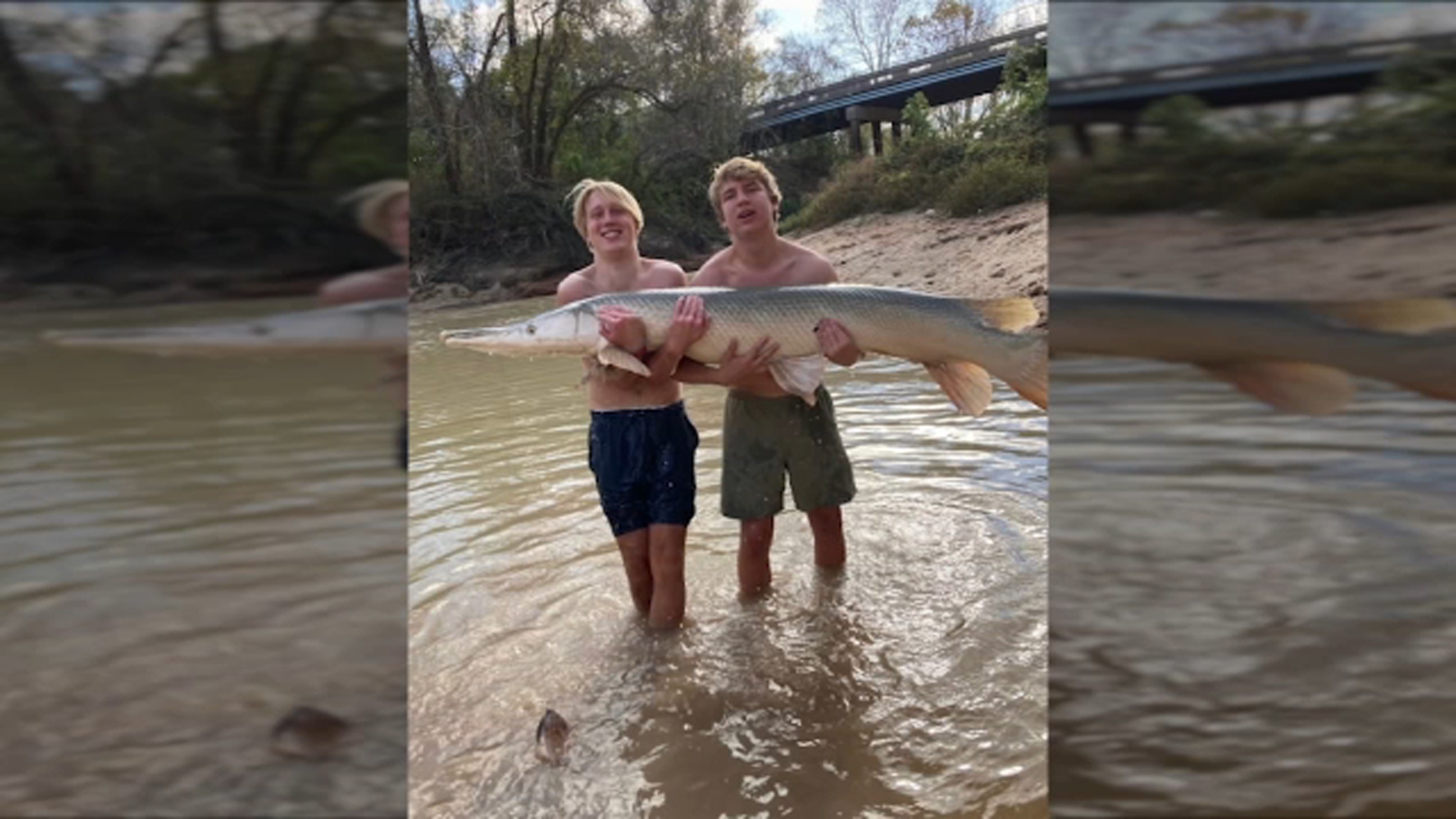 The buddies say it took about 15 minutes to reel in the 6-foot-10 inch alligator gar on Sunday afternoon.

"We catch really big alligator snapping turtles on accident all the time, so I thought that's what it was," Oliver told the Chron's Matt Young. "The turtles kind of stick to the bottom and just feel really heavy on the line, but a little bit into the fight, we realized it was a monster fish."


They weren't able to weigh it, but say it felt around 140 pounds.

That's nowhere near the Texas record, which was caught in the Rio Grande and came in at 7-foot-9 and 289 pounds.

Just in case you were wondering, Oliver and Adams released the fish, so if you are interested in trying to catch it yourself, it's lurking in the bayou near the Memorial area.

This is no old fish tale! In the video above, you'll get a glimpse at a fisherman's large catch.

This video is too cute not to watch.

WHOA! Watch this rare killer whale sighting off the Galveston coast. These creatures put on quite the show!

This is wild! No pun intended.