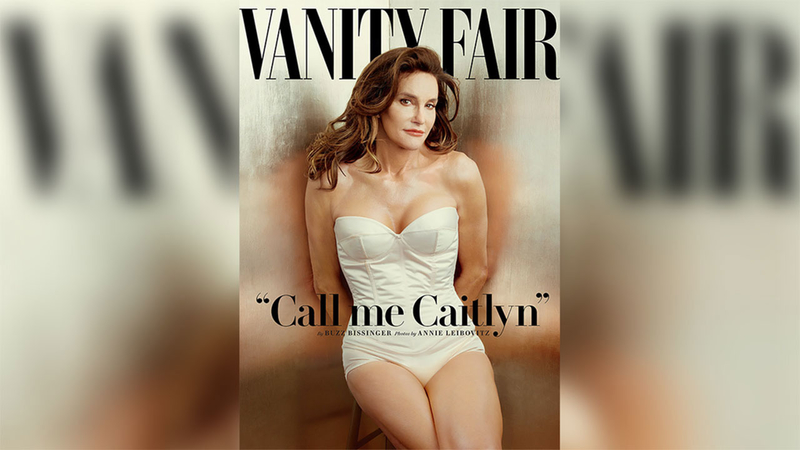 Just over a month since announcing the transition from man to woman in an exclusive ABC interview, Caitlyn Jenner, formerly known as Bruce, is making her debut on the cover of Vanity Fair.

The reality television star revealed the transition from man to a woman during a sit-down interview with Diane Sawyer earlier this year. At the time, Jenner referred to the female identity as "her."

PHOTOS: Bruce Jenner through the years

Bruce Jenner's changing appearance through the years
Bruce Jenner won a gold medal for track at the 1976 Olympics. Since then, Jenner has become a reality TV star and the focus of much media attention. Tune in Friday for an exclusive interview with Diane Sawyer.

Now, Jenner is introducing "her" with a name.

Caitlyn will be featured in 22-page cover story in the Vanity Fair issue out June 9.

In addition to the Vanity Fair shoot, Caitlyn Jenner now has a Twitter account. By Monday afternoon, Jenner had set a world record for being the fastest account to ever reach 1 million followers.

I'm so happy after such a long struggle to be living my true self. Welcome to the world Caitlyn. Can't wait for you to get to know her/me.

Another Jenner world record, and at 65? Who'da thought! Humbled & honored to have reached 1M followers in 4 hrs. Thank you for your support.

Caitlyn Jenner is excited for the reveal, she said.

"I'm so happy after such a long struggle to be living my true self," Jenner wrote in a tweet. "Welcome to the world Caitlyn. Can't wait for you to get to know her/me."

Jenner's children were quick to congratulate Jenner on the cover.

"We were given this life because you were strong enough to live it! I couldn't be prouder!!! Caitlyn, You are beautiful!!!" step-daughter Khloe Kardashian posted on Instagram.

"Now that's a cover," daughter Kendall, who works as a model, posted.

"Caitlyn Jenner for Vanity Fair Annie Leibovitz! How beautiful! Be happy, be proud, live life YOUR way!," Kim Kardashian wrote in a tweet.

Jenner will be honored with the Arthur Ashe Courage Award at this year's ESPYS on July 15. The award is given each year to an individual whose contributions transcend sports.

"Bruce has received many accolades over the years for being one of the greatest Olympians of our time, but The ESPYS are honored to celebrate Bruce becoming Caitlyn," ESPYS executive producer Maura Mandt said in a press release. "She has shown the courage to embrace a truth that had been hidden for years, and to embark on a journey that may not only give comfort to those facing similar circumstances, but can also help to educate people on the challenges that the transgender community faces."