A 19-year-old woman died after her vehicle was struck by a Harris County Toll Road Authority vehicle. Her car was stopped or moving slowly on Beltway 8 at Galveston Road when it was hit.

Deputies said there was also a baby in the backseat. The driver, who police described as a 21-year-old man, and baby were transported to Bayshore Hospital in Pasadena for evaluation.

While deputies were blocking traffic at the scene, they were hit in a second crash.

Two vehicles, a pickup driven by 37-year-old James Bramlet, and a passenger car driven by his twin brother Joseph Bramlet, caused a crash that led the pickup truck to slam into a K-9 patrol vehicle. 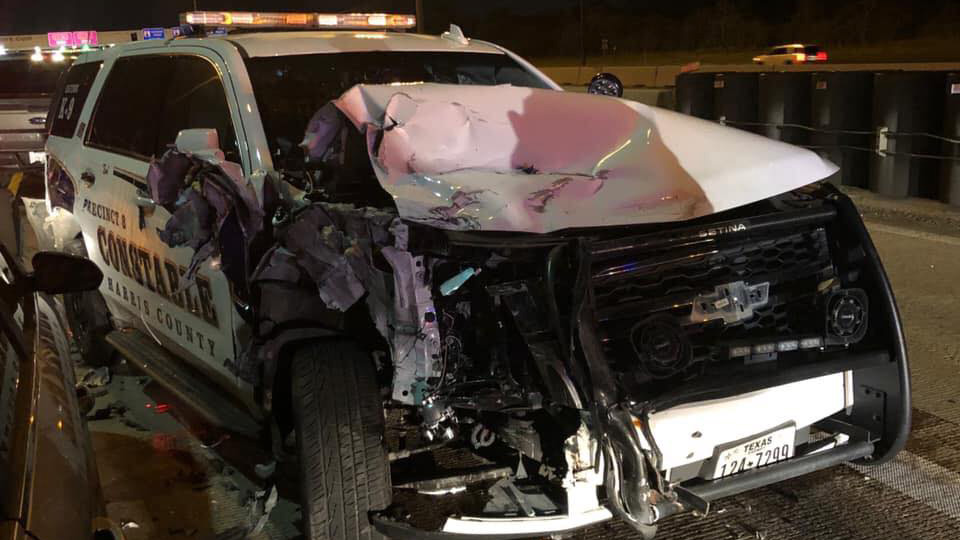 Deputies said both brothers were intoxicated and were both charged with DWI. James was also charged for unlawfully carrying a weapon.

One deputy suffered head and neck pain as a result of the crash and the second suffered an ankle injury. A K-9 officer was also in the vehicle, but wasn't injured.